Alright now, for all you boppers out there in the big city. All you street people with an ear for the action, I’ve been asked to relay a request from the Bossa Sankeys. It’s a special for The Warriors. That’s that real live bunch from Viva, and I do mean The Warriors. They open in Playa D’en Bossa tonight with top Warrior Steve Lawler on the jams and it’s gonna be a hot one!

Viva Warriors launches in Ibiza tonight and the only thing they want all you musical warriors to do is “Come out to play-ay!” With a marketing campaign inspired by the 1979 cult movie The Warriors, Steve Lawler brings his Viva label to Playa D’en Bossa and fittingly to Sankeys, providing a musical badlands where only the strong survive. Viva Warriors marks American Independence day with the start of their Ibiza residency and Kevn Saunderson will join Steve Lawler in the celebration, alongside Onur Ozer and Darius Syrossian while the Spektrum is hosted by U Wanna Escape featuring Maayan Nidam, Julian Perez and Luis Grove. Steve Lawler played the closing party of Space last summer and was so taken by the room and the atmosphere that it generated that he couldn’t take his party anywhere else, remarking, “The club has a great sound system and lights in a Square dark room and honestly in my opinion is now really one of only two real underground options in Ibiza. I’m very happy we could secure a residency there for the more discerning cliental who want to party in a more intimate underground setting in Ibiza. Let the party begin.” 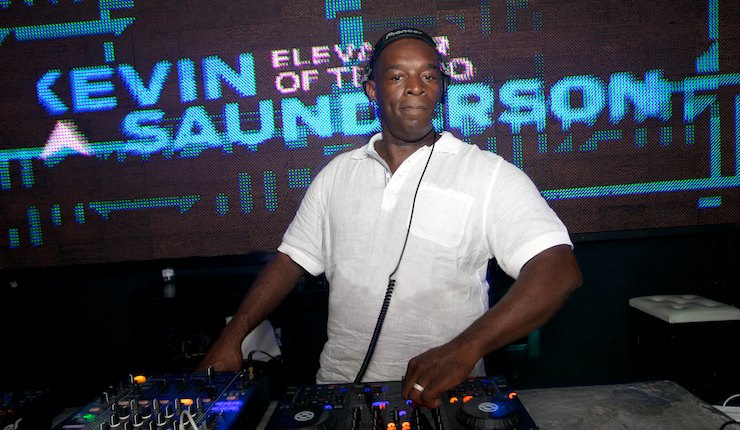 The artwork for the party is genius, the main protagonists for the season have been drawn into the movie poster, in full gang colours, Lawler, of course, is a Warrior and wear the waistcoat, which is exactly how he turns out tonight, you can’t beat Ibiza for a bit of role playing in the club! The most important thing is that the warriors did come out to play; Sankeys is packed for the opening and is living up to its underground reputation. The Basement is dark, with the odd burst of light from the strips that run across the ceiling, the booming soundsystem shakes your bones and some of the finest talent is behind the booth, this is what clubbing is all about. Not a confetti cannon in sight and the DJs behind the decks working the crowd with the concentration and skill of a master craftsman, not leaping around on top of a table clapping in time to their own tunes! The craftsman in question is Kevin Saunderson, originally born in Brooklyn before moving to Detroit; he is the perfect guest for the opening of Warriors! Saunderson is possibly best known for his Inner City collaboration but he has been smashing underground floors around the world for two decades and tonight is no exception. 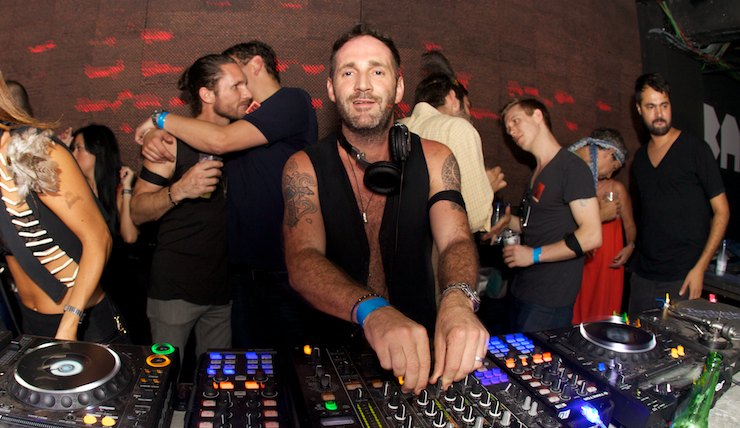 A lot has been made of Sankeys, especially after their debut last summer, the venue has been praised for its underground feel and the vibe that it helps create and as we leave the Basement for a quick walk into Spektrum we understand why. The rooms have been designed with one thing in mind, the music. No lavish big VIP area, Spektrum has several different platforms on which the get your groove on but all focusing on the booth and the huge soundsystem. U Wanna Escape is hosting the room tonight and is competing very nicely with the Basement. If we’re honest we loved the music but we had to get back to the Basement where it was really going off. Steve Lawler is behind the decks, everyone is facing the booth, the room is dark and the beats are shaking the walls, we could become weekly warriors this summer! Warriors with waistcoats over their bare skin and black armbands around their biceps fill the booth as Lawler sets off on a journey of dark, twisted house. This is a DJ who has played all over the world, at many of the finest venues, at huge festivals, one who knows a good party when he sees one and judging by the grin on his face as he sets about his task, Viva Warriors has managed to open exactly as he would have imagined.