The name of Adam Beyer speaks volumes to everyone who has the slightest interest in techno. However, lately the Swedish artist has considerably broadened his sound palette and regularly plays house sets, exploring groovier and more melodic territories. Extended sets have recently become another trademark of his – those who witnessed, for example, his all-night-long at Off-Sonar this year will never forget that emotional journey. On the production front things are as busy as ever: Adam has released a bunch of highly anticipated remixes that keep the dancefloors all over the world rolling and roaring: those on ‘Say What’ by Gary Beck, ‘Devil Dance’ by Ida Engberg and ‘Let’s Go Dancing’ by Tiga and Audion. His own imprints Drumcode, Truesoul and Mad Eye keep churning out the most contagious tracks, which eventually led Drumcode to being nominated as Label Of The Year in the 2014 Beatport awards. For Ibiza, Adam is one of the most revered and welcomed DJs, a DJ whose appearance behind the decks guarantees a delicious delirium of beats, vibes and non-stop dancing. This summer, in addition to his gig at the Amnesia opening party, the artist is playing at Cocoon, ENTER. and Carl Cox parties – the closest one is Cocoon on July 28, and the next one will be Enter on August 7. We had a chance to talk to Adam about the personal experience of playing lengthy sets, the reasons for releasing music albums these days and to what extent he would like to be associated with techno.

It’s impossible not to notice the evolution of your sound. How would you characterise the sound that you are currently most interested in?

My sound always depends on where I play and for which crowd, but the one I’m most interested in at the moment can be characterised as party techno.

Yes, I do them occasionally. A big part of techno is too stripped-down these days, which suits not every environment. When I’m playing longer sets, I can put in literally everything. If play at a big festival, I will play a bit more techno, but if I play in Ibiza or Miami, I will probably opt for more house.

When you’re playing one of your extended sets, for example the all night long at Off-Sonar, is it a more personal experience for you than an average 2-hour set?

Of course. If it’s only me behind the decks, and people are there to listen to me, it naturally gets a little bit more personal. I know that the crowd wants to be taken on a whole journey, and I carefully build a musical story with a proper beginning and a proper ending.

During these extended sets, do you play for yourself or for the dancefloor?

The most important thing for me is to presents the music that I like and that I have picked. For me this is the point of being a DJ. I put all my energy in that selection and presentation, so hopefully the crowd will also like what I’ve done. Most people who come to listen to me know what to expect. So I guess it can be said that I play for the crowd, but at the same time I wouldn’t change what I play just to please the crowd.

Since you like long musical journeys, maybe you are also more interested in longplayer music albums rather than singles?

Unfortunately the format of LP is disappearing today, which is sad. Many people who used to release albums don’t do it anymore, because it doesn’t work as well in the digital age as it used to. Personally, when I’m listening to music now, I first and foremost try to find stuff that I can include in my sets – that’s how I make it normally. Unfortunately, I don’t have much time to listen to full albums.

In spite of the fact that LP as a format is dying, some very amazing albums were released on your labels this years: Monoliths by Dustin Zahn on Drumcode and Let Your Soul Outside by Reset Robot on Truesoul. What was the reason behind making them?

As we’ve just mentioned, albums are more difficult to sell today. But at the same time they are one of the easiest ways of promoting yourself as an artist, because a lot of journalists take more notice of you if you make a long player. You get more attention and more exposure. I think that has been one of our main motivations behind the albums released on Drumcode recently – for example, the ones by Nicole Moudaber and Joseph Capriati. Also it’s a chance to express a little bit more your musical tastes on a slightly broader scale than just two-tracker EP. Let Your Soul Outside by Reset Robot is a perfectly executed album, a beautifully told story with a beginning and an end, and it works really well in this exact format. 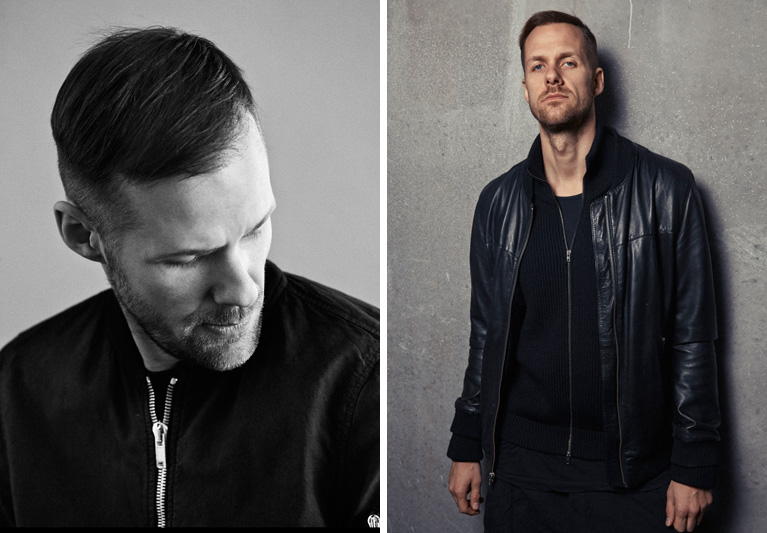 To what extent is your own music influenced by the current electronic scene and what’s going on at the moment?

I’m doing so many different things these days: from Berghain to Ibiza to EDM festivals in the USA and whatever else. I’m inspired by a lot of different styles and I don’t really want to limit myself to a particular sound anymore. I collect records of a lot of different genres and I prepare my sets depending on where I play and to what sort of crowd. I think 2014 seems to be a little bit of an in-between year: something is definitely happening with techno and the techno scene, but it hasn’t really crystallised, and it can’t be identified where it’s going. 2013 and 2012 were quite big in terms of defining new sounds so far.

What was your most outstanding moment of this season in Ibiza so far?

I’ve done three shows and all of them were good in a way. I did Amnesia opening, I did Cocoon and I did Carl Cox. I honestly can’t pick one; I like all of these parties for different reasons. I love performing in Amnesia, but playing before Carl Cox was also very special, because it’s always packed there and the energy is incredible. I can’t really choose!

Playing in Ibiza you normally sound not as dark and heavy as in some other places. Why is that?

When I play techno, I like to select tunes that have some details and elements inside, which make the track stand out. Lots of techno tracks have that dark Berghain influence, but I think it only works in specific places. I mean I like this darkish music, but I don’t like to spin it everywhere and all the time. When I’m in Ibiza, I get a different energy, I grasp a different feeling.

Last year you did Drumcode showcase at Sands in Playa d’en Bossa. Are you going to repeat it this year?

No. It was good last year, but we aren’t doing Drumcode parties in Ibiza this summer. I’m doing 10 shows in Ibiza, which is enough, and we’re also focusing on bigger Drumcode projects in other parts of the world.

So your musical palette as an artist is really diverse and is constantly evolving. But what about Drumcode, do you still want to keep it techno?

I think it’s also getting broader these days, but there is still a big association with techno. Drumcode as a label still releases techno, but is not confined within this only kind of sound. Personally, I want to be associated with this genre of course, but for me it’s not that important to have the stamp TECHNO in my forehead. I’m more about playing tracks that I love and that get me inspired, and people who are open-minded and love to discover new music.