It’s the summer of 1989, Ku and Amnesia are still open-air parties and Ibiza, a little island in the Mediterranean off the coast of Spain, is dictating the evolution of the club scene around the world. British and Italian DJs and promoters had found the island and the Balearic sound was beginning to infiltrate their consciousness. Dave Swindells, the nightlife editor at Time Out for over two decades, captured one of the most important summer’s in the island’s history, ‘Spirit Of Ibiza ‘89’ is a must see collection for any lover of Ibiza. The book is available now published by ourhistory and there’s an exhibition in Es Vive September 18 and 19 and in RED Gallery London October 6. The book will be available to buy on the night at Es Vive or online from www.culthist.com. Essentiaibiza caught up with Dave to get the skinny on the summer that changed so many lives…

Investigating the little island which had had such a profound influence on London and British club culture. I’d heard about Ibiza in the mid ’80s from my brother who’d been to the island twice, mostly for its gay club culture, and then been told a lot more by the DJs and club promoters who’d famously gone on holiday together there in 1987, so we had a reasonable id.

Describe your first impressions of Ibiza?

I loved Ibiza Town, hated the West End and wasn’t too impressed by the scrubby patch of beach in front of the fabled Café del Mar; was this really the place that people had rhapsodised about? I didn’t appreciate the beauty of the island as much as I do now, because in a week where we were out every night we didn’t have time to explore it.

Ibiza was a completely different island in 89, what kind of people made up the clubbing community back then?

Not completely different. It already had the biggest club in the world, Ku (now Privilege) which had a capacity of 7,000, and I suppose three other superclubs in Pacha, Amnesia and Es Paradis, but the British hadn’t really started arriving in big numbers. I think Pacha felt the most distinctly Spanish, in that we saw two or three generations of Spanish families partying together there, and it was interesting in that the wealthy partied alongside club kids who had next to nothing and also danced to the latest music, which was not something which happened in London where club culture was divided into sub cultures. 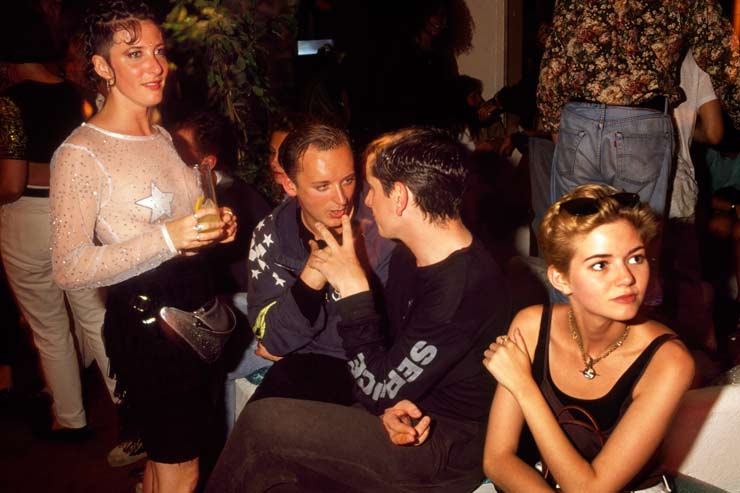 Ibiza 2011 has seen the return to outdoor clubbing that was synonymous with Ibiza in its early days, is this a good thing?

Absolutely, provided it doesn’t keep the locals awake throughout the summer months, which is what happened before Ku and Amnesia were obliged to build roofs over their dancefloors in 1990 – the clubbing industry must have seemed like a very mixed blessing to many islanders back then. For a lot of clubbers though, the emergence of DC-10 after 2002 marked the real déjà vu moment: open-air partying combined with a devil-may-care party attitude.

Ibiza 89 would evolve into the biggest youth movement since punk, what was it about that spirit that attracted young people?

Ooh, let’s see…well, even before you factor in Ibiza’s amazing nightlife and unique musical mix you had Mediterranean sun, sea, sex, sangria and a pretty relaxed attitude to drugs to look forward to. A cosmopolitan crowd of beautiful people who were equally intent on having a good time, playing and partying together on endless beaches and in sheltered coves where music was a constant feature made the summer cocktail even more alluring…

Were you aware of the wider reaching consequences that Ibiza ’89 would have while you were there?

Yes and no. It was very clear that all those features (see above) would attract many more Brits to the island, not least because their ecstasy-fuelled enthusiasm was really welcomed by many promoters on the island. We didn’t foresee ‘Ibiza Uncovered’ at that point, or that some of the features which distinguished Ibizan club culture, like paying large premiums to book tables overlooking the dancefloor would become so popular in swanky (the s is often silent) central London venues.

If someone could give you a snap shot of Ibiza 2011 in 1989, advances in technology aside, what would shock you the most about the island as it is today?

That despite the huge increase in the number of club and bar venues, and in their capacities, there are still so many beautiful places to appreciate in Ibiza, although admittedly they’re harder to find or to get to in the high season. And secondly, that in the middle of a global financial crisis so many people can still afford to party there.

Has it surprised you that Ibiza has become the Mecca for global clubbers?

No. It already was world-leading in 1989, but most Brits hadn’t really been aware of it before the late ‘80s. British promoters were already there in 1989 and it was clear that many more would follow. And as the British and Italians in particular really appreciated American DJs, it was only a matter of time before more American clubbers followed them. What does seem surprising is that it has been able to absorb so many more clubbers without becoming unbearable. 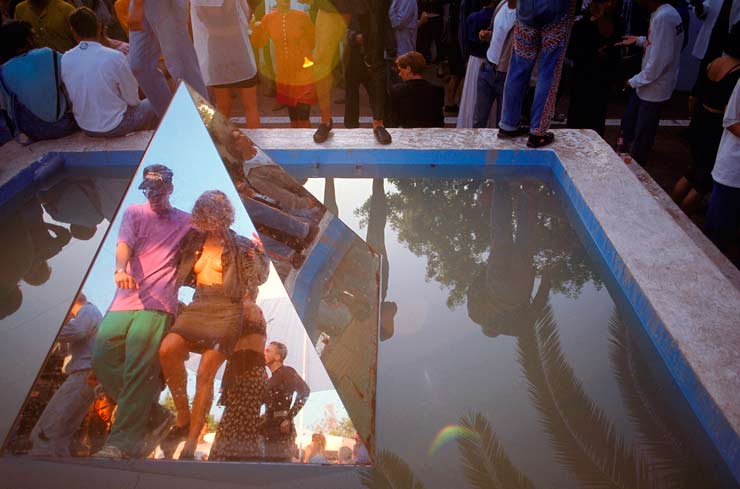 Consumerism has become a major part of modern Ibiza, was that inevitable with the continuing popularity of the island?

Ibiza had superclubs a decade before the UK and they were maximising their revenue streams by selling all kinds of souvenirs in 1989 too. Most venues there have three to four months to make their money to finance venues with world-class reputations. That may not justify all the price hikes and the commercial exploitation of their brands, but while most people do have to pay the entrance fees and drinks prices, they don’t have to buy the T-shirts / MP3s / towels / fans or whatever. Yet they do, because people love to be reminded of their good times. In 2003 at Time Out we did a story about ‘Freebiza’, free Ibiza, built around Rob Da Bank’s Sunday Best beach parties and beach bars like Bora Bora, because we didn’t want to write about the over-priced superclub culture anymore. That was partly because we’d written about it for at least a decade already, and partly because we couldn’t afford the drinks.

There were no mobile phones or internet! Radio 1 did not broadcast from the island each summer; there were no programmes like Ibiza Uncovered or Balearic Babes, and when you flew you had to change at Barcelona, so it was long before Ryanair and Easyjet too. There is just so much more: more bars, clubs, shops, restaurants, villas, hotels etc – it’s surprising the island hasn’t sunk under the weight of it all!

If you could go back in time to ’89, would you change anything?

I’d have missed the plane home and spent more time on the beach.

What can we expect from your ‘Spirit Of Ibiza ‘89’?

A great launch party for the book at Hotel Es Vivé in September,

a beautifully designed bijou book; photos which look like they could have been taken last week alongside others that look properly retro; and clear blue sky above the dance floor!

What is the strangest thing you’ve captured through your lens?

On Ibiza it’s probably the beautifully striped snails which cluster on the stalks of half-dead plants on any piece of wild or wasteland in Ibiza. Little creatures are always stranger than humans…