They say you don’t know what you’ve got ‘til it’s gone, but in the case of Somm, the first dedicated wine shop in Santa Gertrudis, it is the other way around: we didn’t know what we were missing until the store opened its doors this June. It seems almost ridiculous that our lovely village, which has established itself as a veritable foodie destination with its numerous bars and restaurants, didn’t have a wine and spirit retailer that caters to the knowledgeable gourmet crowd that frequents it. Step forward Anders Enkvist and Dimitri Nakov, two friends who have turned their passion for wine into an import, distribution and retail business that is already making waves on the island.

Located on the outskirt of Santa Gertrudis’ bustling centre behind organic food haven Wild Beets, from the second you approach Somm you can tell that a lot of thought and attention to detail have gone into the project. Its carefully curated wine and spirit selection proudly displayed in the traditional Ibicencan wall shelving system, with a huge wooden table beckoning visitors to pull up a chair and learn more about the fine grapes on display, the design combines understated cool with funky, eye-catching details, making it a welcoming and stylish space to come and stock up on fine grapes and artisanal spirits. 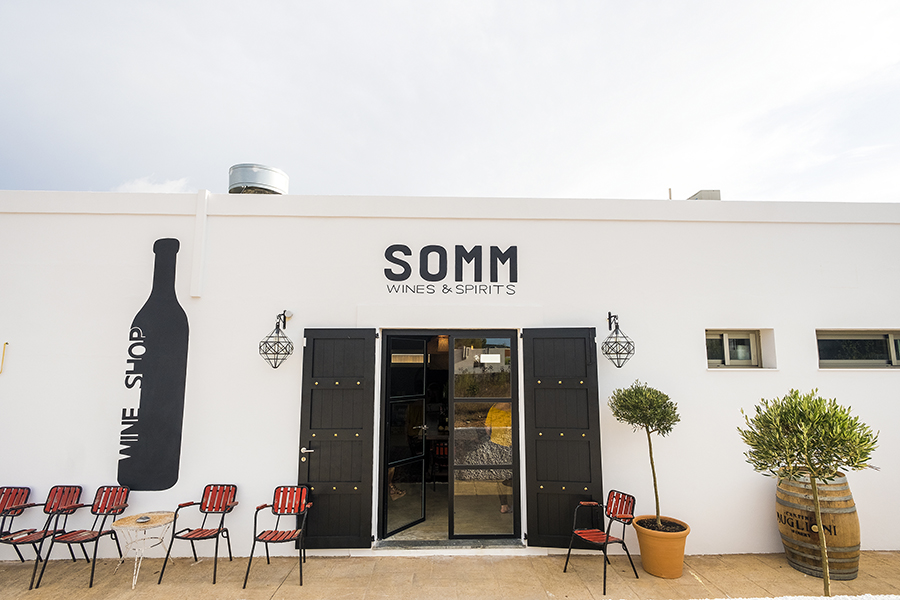 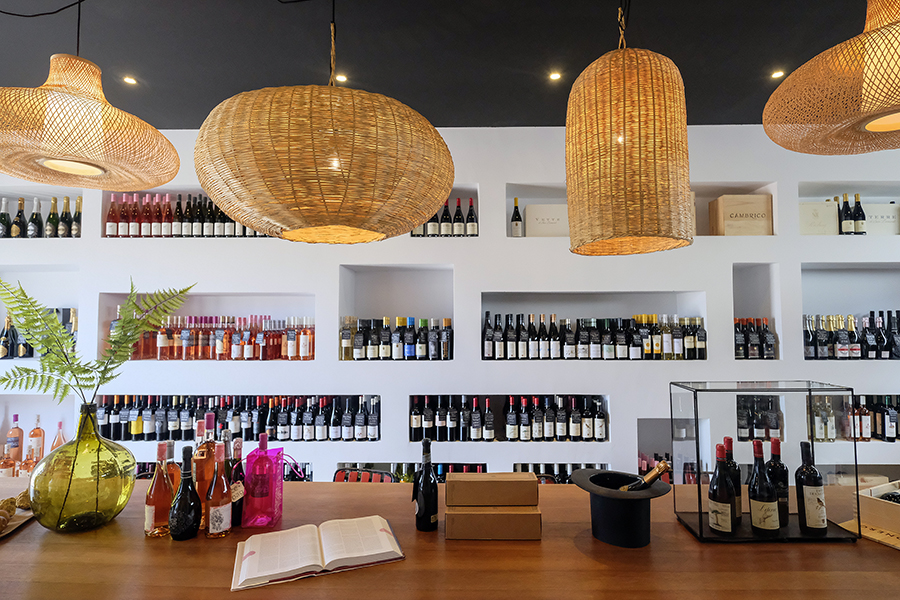 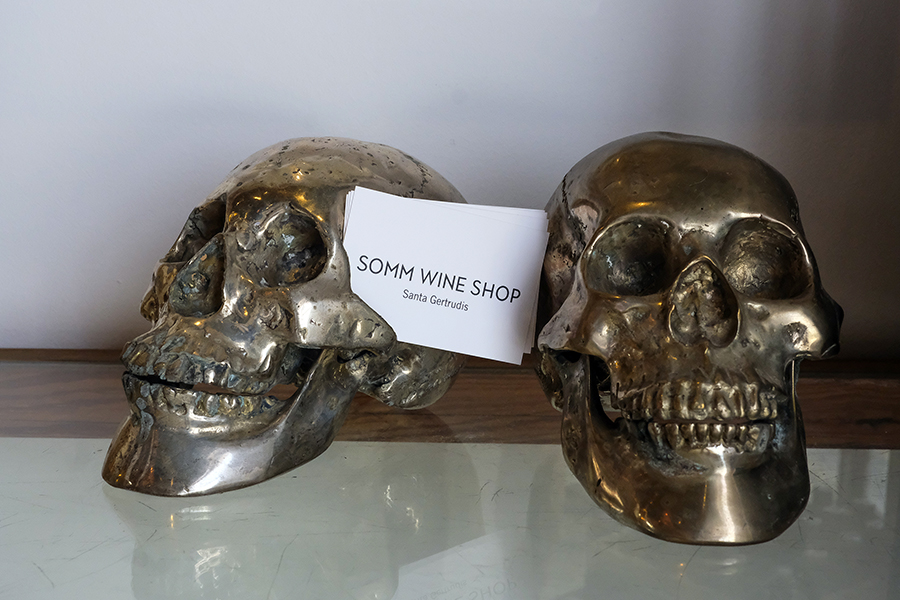 Open every day between 10.00 and 15.00, and again from 17.00 to 21.00, Anders and Dimitri are on hand to help you find the perfect tipple whether you’re planning a home-cooked meal or a big party, expert food pairing recommendations included. Priding themselves on their close relationship with their suppliers, they give insight into the products they stock that opens up a fascinating world of history and culture beyond the usual tasting notes. We chatted to the dynamic duo over a delicious glass of cold rose – Le Caprice De Clementine, which we will now have to buy by the magnum because it was so tasty – to find out more about this thriving new gourmet destination… 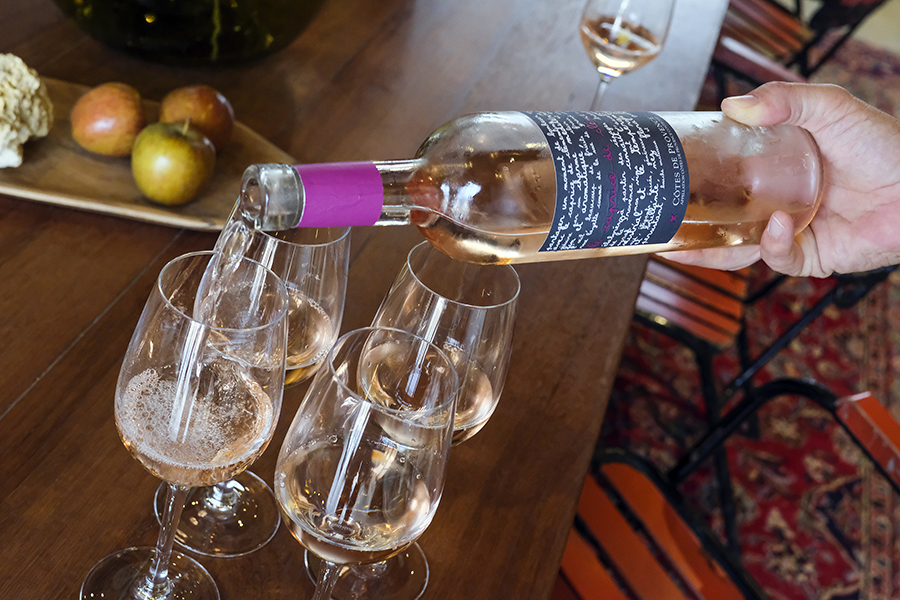 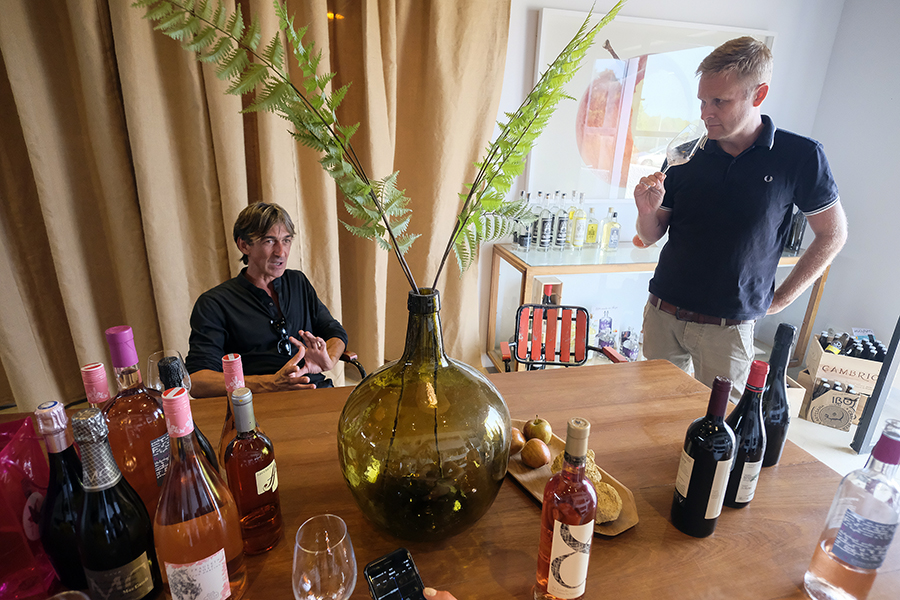 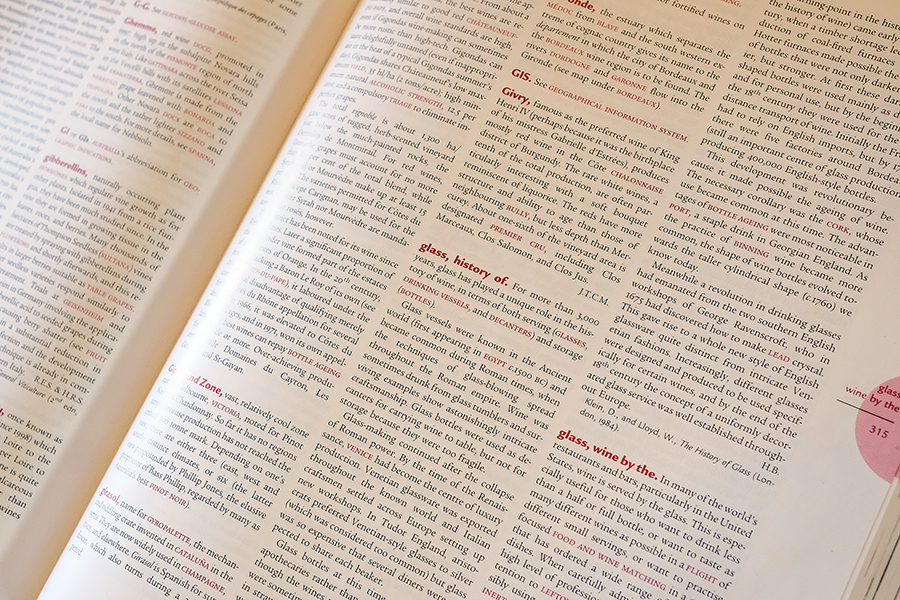 Thank you for bringing Somm to Santa Gertrudis! How did this joint venture come about?

Anders: We had the idea to open a wine shop five years ago. I was working for some import companies in Asia but I would always come back to Ibiza. When Dimitri and I were hanging out I would share my passion for wine with him, and we realised that if I could sell wines to luxury hotels and brands in the Maldives and Sri Lanka, we could probably do it in Ibiza too. I thought that some of the wineries I was working with would do extremely well over here.

Dimitri: We both used to have record labels and we were both DJs, so we met on the festival circuit in the ‘90s. It’s quite funny that we should end up here in Ibiza, in the world of DJs, as more mature versions of ourselves mixing chemistry!

Have you always been passionate about wine?

Anders: My interested in wine developed when I was DJing in France. I have always liked good food but I was mainly drinking beer with it in the beginning, but then I had an ‘aha’ moment when I had a particularly nice wine. Then I went on to study to become a sommelier at the University of Culinary Arts in Sweden.

Dimitri: And I’m French, so… 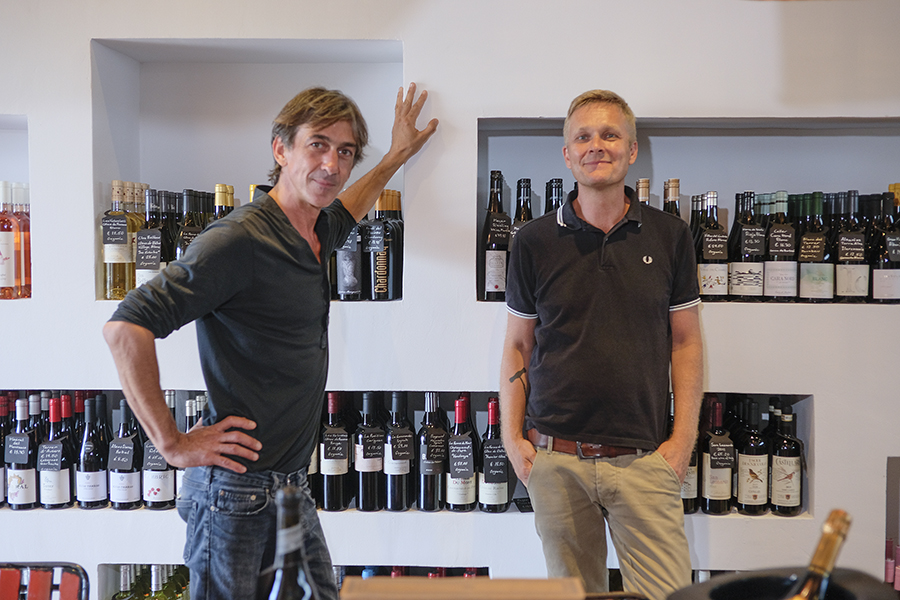 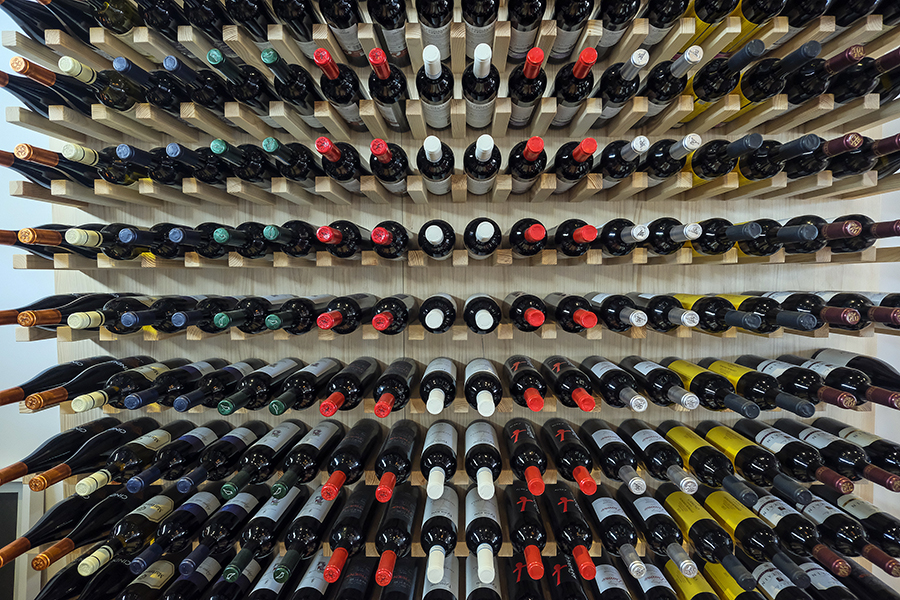 What can customers find at Somm?

Anders: Everything we offer in the shop is exclusive to us on the island, except for maybe three or four wines and the spirits. Everything is hand-picked. We have strong, long-running relationships in Italy and France, and we know the wine makers very well. The Spanish selection we put together with a friend in Barcelona and they are generally very small wineries of good quality, a little bit fresher than the average Spanish wine that can be quite high in alcohol.

Dimitri: We haven’t promoted ourselves as ‘organic’ but we are 90% minimum intervention. We didn’t plan it that way, but it comes from the heart because we like minimum intervention in everything, be it music, wine or life. We didn’t really calculate what it would mean to sell organic wine, yet it is really resonating with the island. 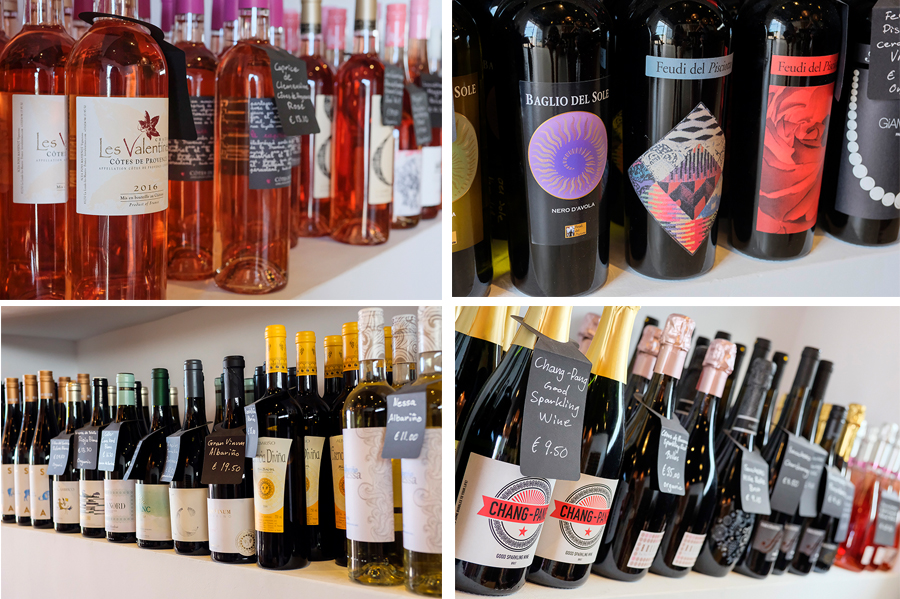 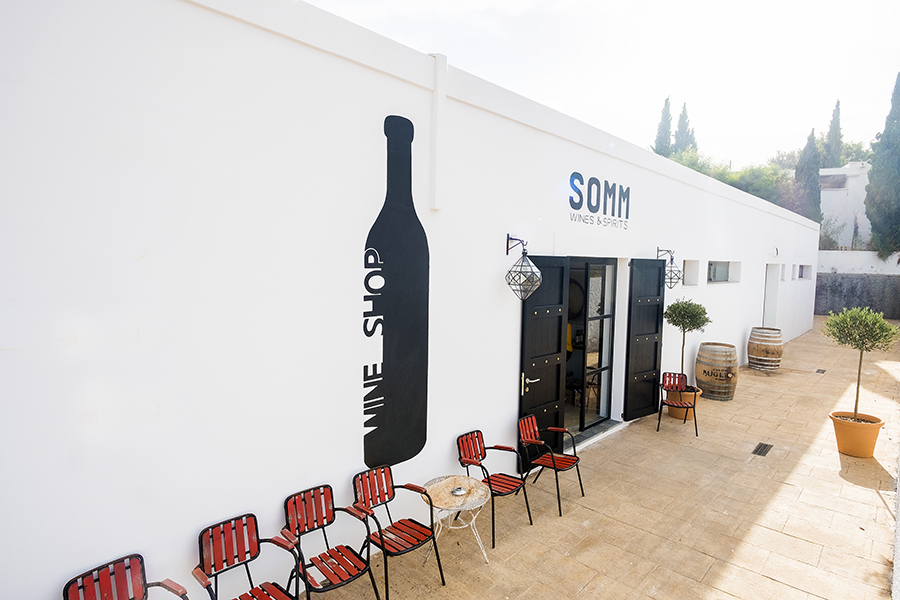 Do you sell any brands that wine connoisseurs will be delighted to be able to get in Ibiza thanks to you?

Anders: Yes, we have a few. We have a Bordeaux blend from San Leonardo, which was awarded the title of ‘Best Winery In Italy’ at a wine fare this April, and it’s exclusive to us. And then we also have La Pineta, which is probably one of the best pinot noirs in Italy. It’s a very small vineyard and it’s limited to making only 3,000 bottles per year, so the wine is quite rare on the market. We also have a very special champagne, Le Grand Pere Omnes by HATT et SÖNER, which only produced 1,000 bottles. The black label is a type of metal that will oxidise over time in the cellar and turn silver. As far as we know it’s only available directly at the winery and in this shop in Ibiza, because we are official ambassadors. It’s funny, because it’s the only Swedish-French champagne house out there.

Dimitri: We are still finding our way with the Spanish wines because they are over-represented here, of course.

What spirits do you stock?

Anders: Our mezcal comes from our dear friends Javier and Horacio at Cultura Mezcal and we really like their selection. We have some grappa from our wine producers as well as the local Ibicencan limoncello and gin. We like local produce, and we like their outstanding quality. We have more spirits coming in soon, including a Czech vodka and organic Swedish gin and vodka. 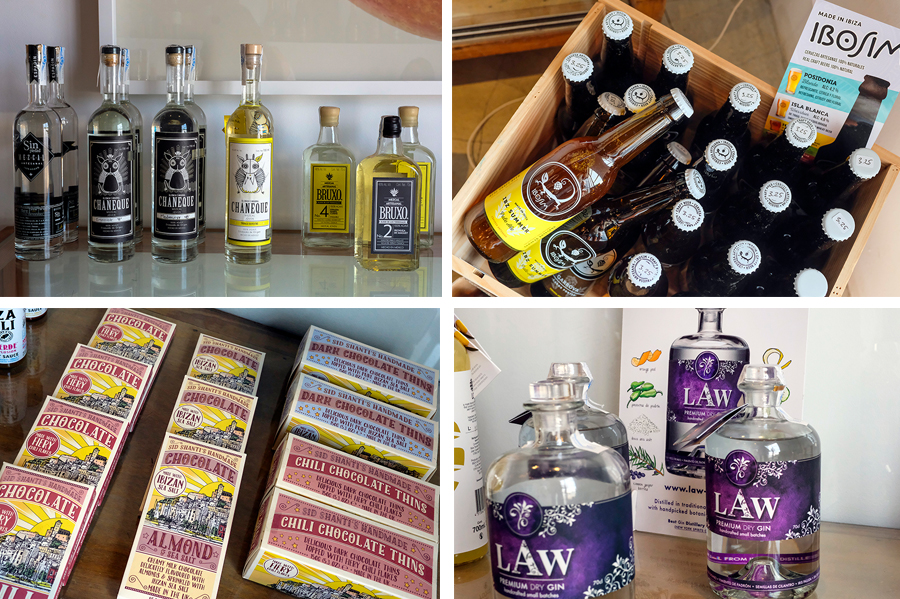 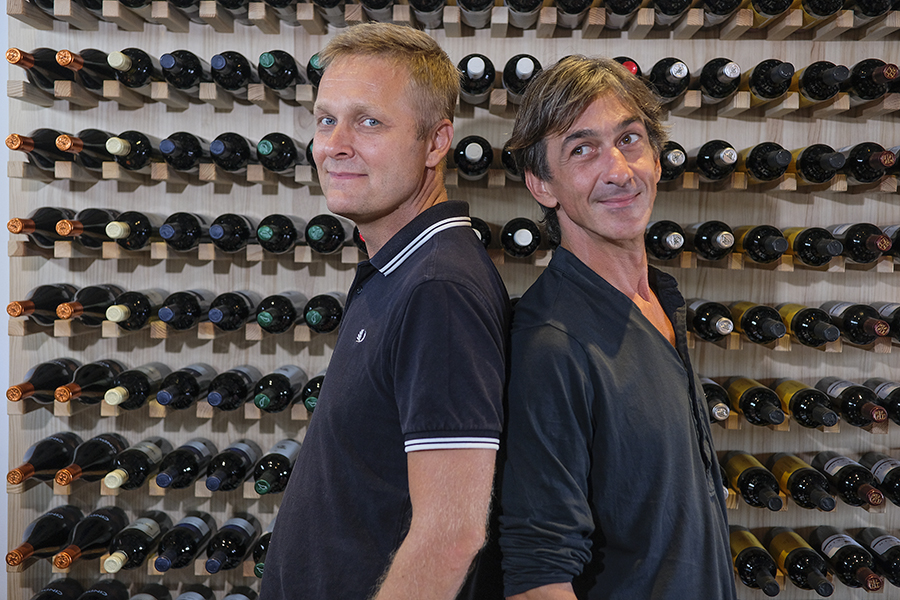 What are your plans for your first year on the island?

Anders: Somm is our retail outlet, but we are also developing the import and distribution side of the company. Next year, we will focus on working with more hotels and bars. We are planning to stay open all winter and hold tastings for the local community, but let’s see what happens in December and January.

What are your top wine recommendations?

Anders: The go-to rose is Chateau Les Valentines, which is simply superb – and it doesn’t give you acid reflux, so you can drink a lot of it! It goes with everything really, but it can also take a bit of spicy food and is lovely with Mediterranean dishes, for example fennel and fish. From the San Leonardo winery that we talked about earlier we have a delicious Sauvignon Blanc, the Vette, which is perfect for aperitifs and goes particularly well with goats cheese and all sorts of seafood. Another one of our bestsellers is the Epitafio from the Toro region, and this is the highest vineyard in this famous red wine region, which gives the wine more balance, freshness and elegance. For parties, we have the Chang-Pang, which is made by a friend of ours. It was originally made for the hip Swedish market and is produced like a Cava, but because it is made outside the region it is described as ‘really good sparkling wine’, which means you don’t pay extra for the name of the area. It’s just an all-round good bubbly! 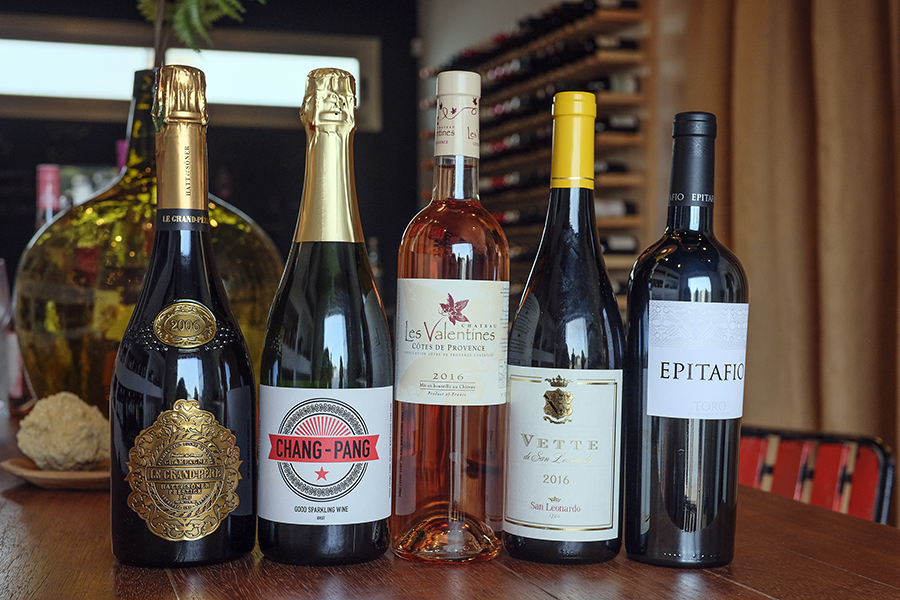 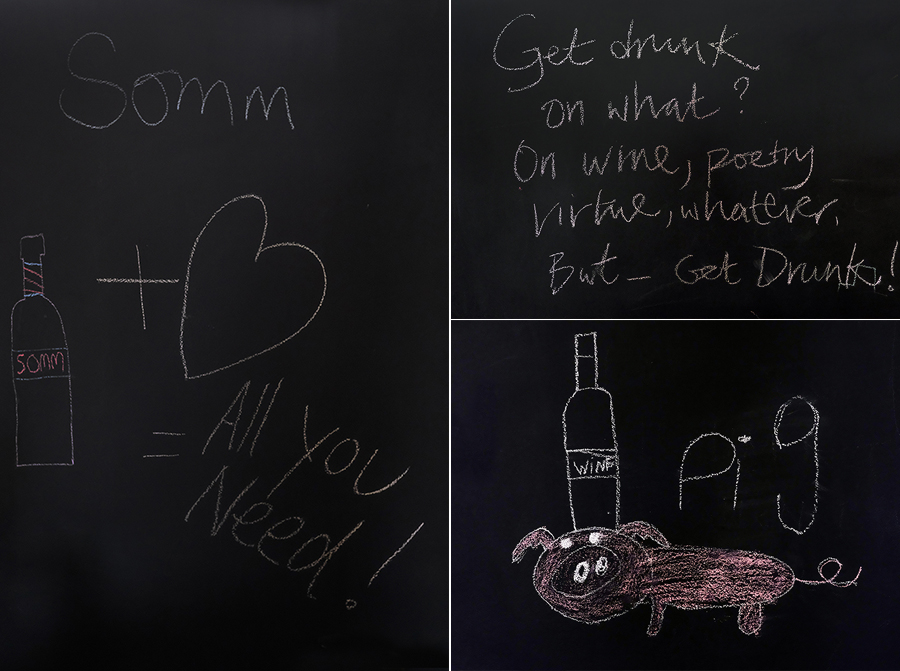 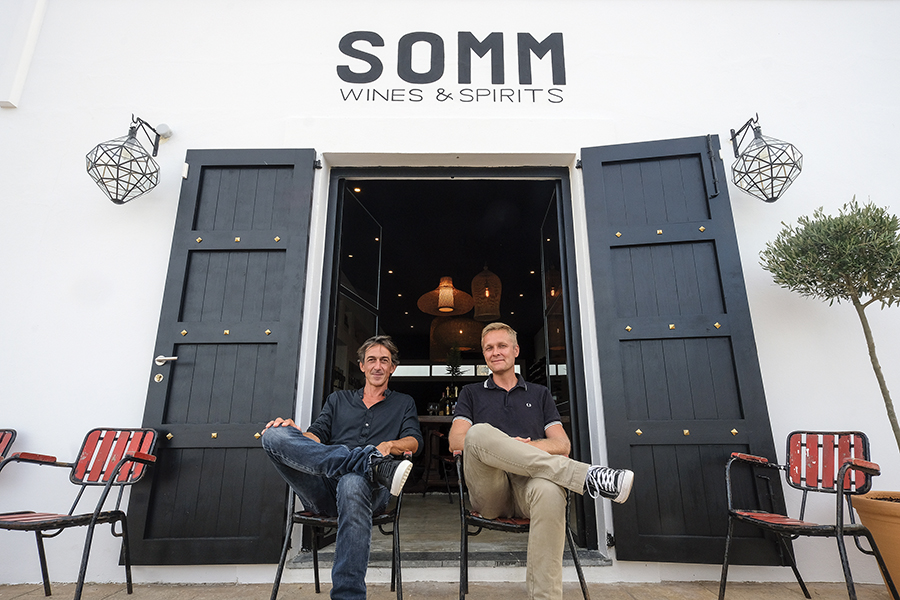