It’s that time of year again, as we head towards the deluge of closing parties in the next two weeks, Ibiza pays homage to the talent that has caught the headlines this summer in the sixteenth edition of the DJ Awards, electronic music awards Ibiza, in Pacha. It has been another huge year for the island, with new venues adding to the landscape, new DJs making the breakthrough, existing parties moving venues and nights and some of the best talent on the electronic dance scene delivering the kind of performances that results in the army of clubbers invading Ibiza on a yearly basis. Before the kryptonite is given out however, it’s Ocean Drive for the press cocktail party, where the world’s media gets a chance to sit down with many of the protagonists up for a slice of glowing green tonight. 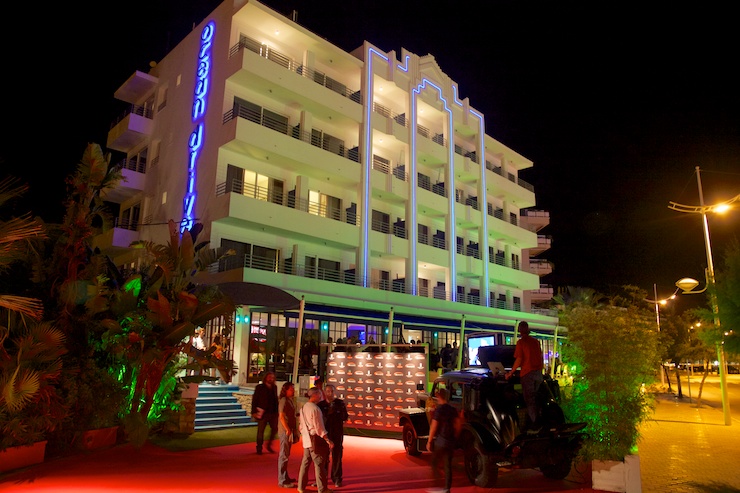 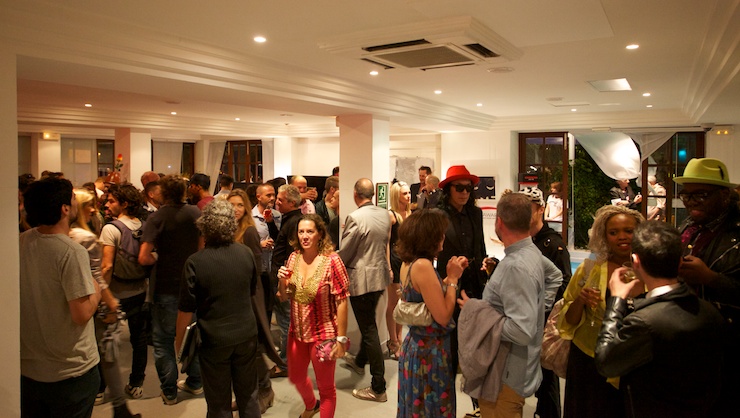 Ocean Drive is lit up and looks spectacular as it is invaded by the world’s media and many of the DJs and producers up for awards at the DJ Awards. The Red Bull jeep come DJ booth is parked on the red carpet and chunky deep house serenades everyone as they make their way along the carpet and into the hotel lobby. Inside, it is vibrant and slightly chaotic although completely organized as the DJ Awards staff set about pairing the media with their artists and keeping the timings as close as possible to the itinerary. It’s a tricky task but one that they perform with excellence, clearly this is not their first time. The whole event has a real slick professionalism about it and for anyone that has been to Ibiza, you will understand that the island has a knack of disrupting the best laid plans! 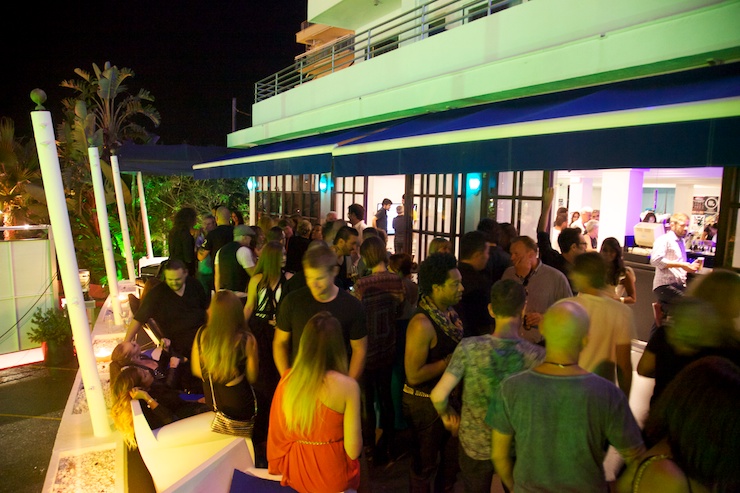 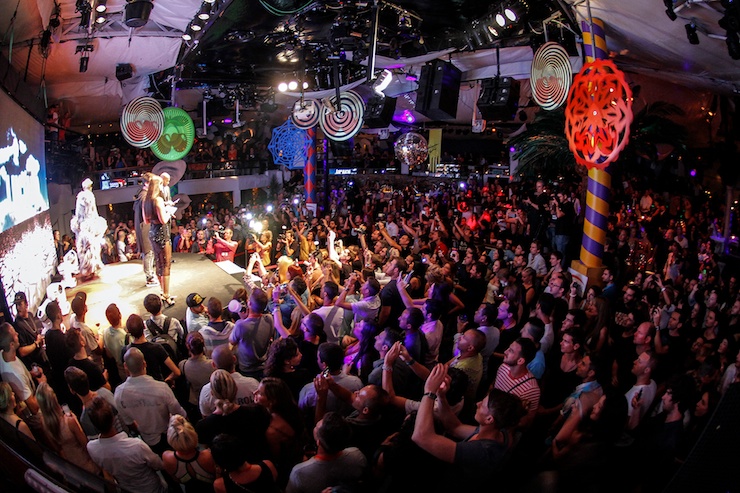 Jo Youle is on the case for Essentialibiza with a wish the length of her arm to make sure she has the ammunition she needs for the latest Essentialibiza Radio Podcast special. Having secured Richie Hawtin, Graham Sahara, Cristian Varela, Nicole Moudaber and Kathy Sledge she is satisfied with her lot, although slightly disappointed that Luciano cancelled at the last second as he had done enough interviews for the night. The Essentialibiza/ DJ Awards competition winners finally make it to the pre-party, having landed in Ibiza on Monday, Dylan and Liam decided to take it easy for the first couple of days and only went to DC10 and then Carl Cox closing party! After a short stop at Ocean Drive they are whisked away in the DJ Awards car for their VIP experience of the awards. Look out for our interview with them on the full Ibiza trip to get the inside scoop on how they got on. As the hotel starts to empty, it’s tie to make our way along the road to Pacha. 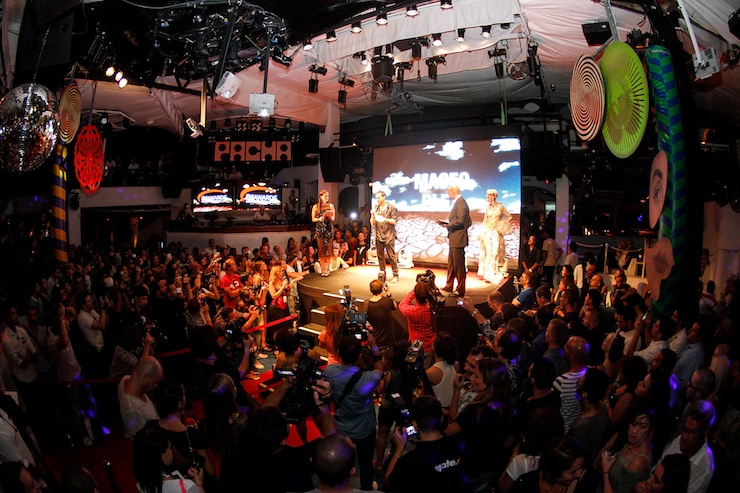 Wednesday night means Guy Gerber’s Wisdom Of The Glove party and the twisting moving mobiles hang from the entrance to the famous old club as we make our way inside. The venue is already packed, the huge stage dominates the dancefloor and the press corridor with red carpet where the DJs will pass through to pick up their awards and be bombarded by the flashes from the cameras of photographers from around the world. The Pacha dancers stand like statues on the stage, in front of the giant screen with the DJ Awards logo. People are milling around, enjoying some canopes and spending the drinks tokens that they have been given earlier, finding the best vantage point and getting ready for the ceremony itself. Des Paul and DJ Laura take to the stage, make the introductions, welcome everyone to the awards and get the prize giving underway. 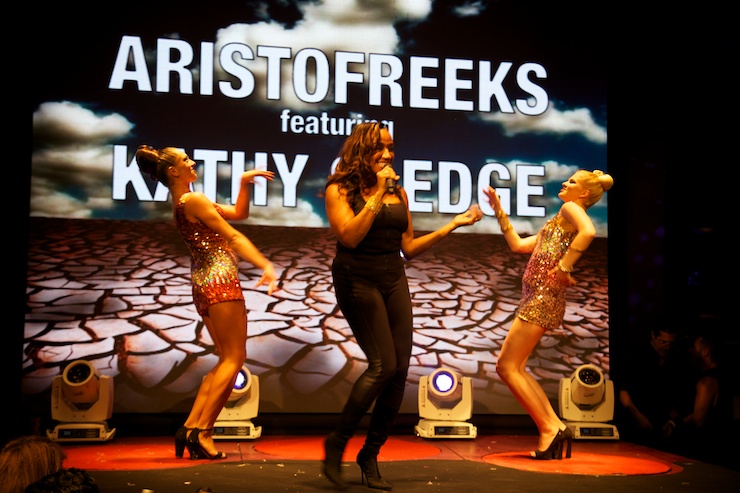 The first award of the night goes to Hot Natured for best live act, which is a popular choice, other highlights include Spanish DJs Uner and Cristian Varela winning best newcomer and techno DJ respectively, greeted with huge cheers from the partisan crowd. Hardwell accepts his best Electro House award via video message as do the Boiler Room crew for best new media, although ironically, the mic doesn’t work and we don’t actually hear from them! Willie Graff receives a much deserved best Ibiza DJ award, Hector picks up the best dance nation award for Mexico and asks if he can swap the kryptonite for a bottle of tequila and the big boys get their hands on more green as Solomun takes best Deep House DJ and Luciano takes best Tech House DJ. There’s an outstanding achievement award for Kathy Sledge who proceeds to deliver the midway live performance with a rendition of her collaboration with Aristofreeks on‘We Are Family’. It’s an event that takes the full year to plan and execute, and the DJ Awards crew deserve their own piece of kryptonite for the amazing job it does but the awards section itself is over in no time, the last award, Best Ibiza Night goes to ENTER. Richie Hawtin brings the whole ENTER. team on stage to accept the award with him, and with that, it’s over. 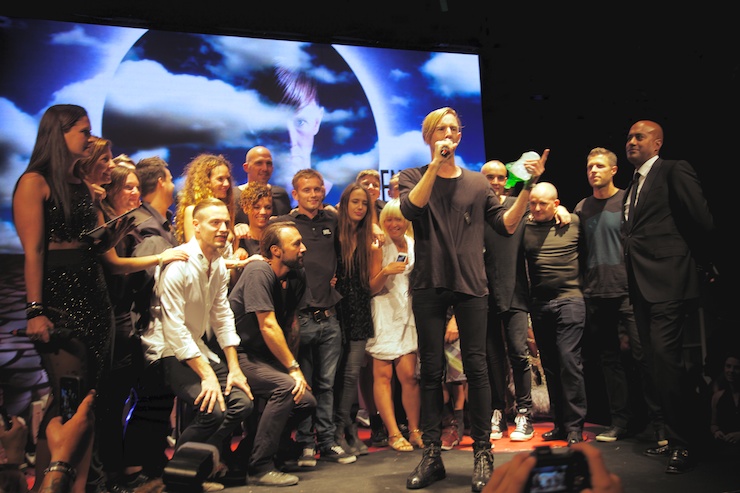 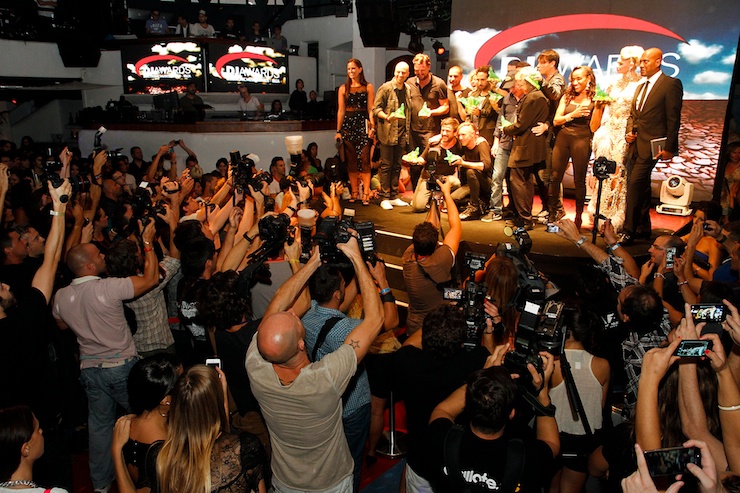 As a teaser for the forthcoming podcast, here’s Jo Youle talking to Richie Hawtin prior to him picking up the Best Night at the DJ Awards for ENTER. 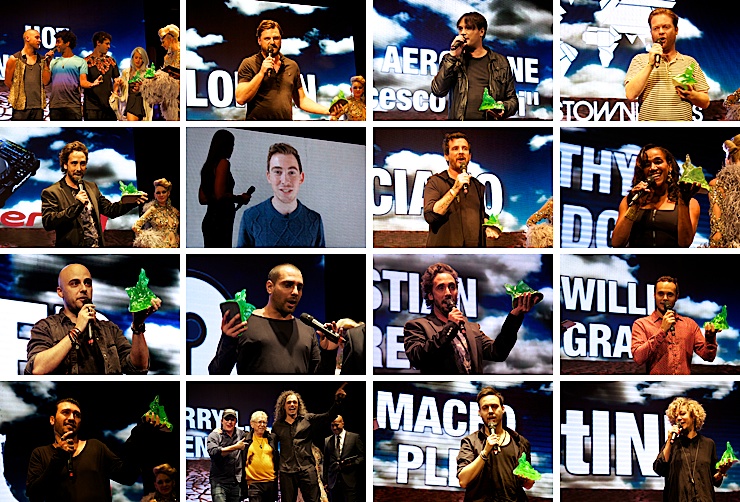