2012 has proved to be quite a year for Hamburg based DJ/ producer Solomun and his label Diynamic. He has commanded space on the laptops and flash drives of many discerning DJs and I’m betting even a few of them have burnt his productions and remixes onto CDs! The label has delivered numerous hot nuggets that have been rocking dancefloors all over the world and he even found the time to launch an Ibiza residency – Diynamic Neon Night – in Sankeys Ibiza. That’s where we’re headed tonight, as Solomun prepares for a six hour set to say goodbye to the island for the summer.

From July 10 until tonight, September 11, Solomun and a group of carefully selected friends, have carved the perfect niche for themselves in the latest addition to Ibiza’s underground scene, where good old fashioned low ceilings, dark rooms and banging sound systems are the order of the day and where an army of clubbers has occupied the Sankeys floor and danced its tits off! It’s a timeless formula that has ensured the longevity of dance music through the last few decades and, on the evidence of tonight, it’s clearly still relevant; DJ booth – check, monster soundsystem – check, minimal lighting – check, DJ talent – check, best atmosphere that we’ve experienced in a club so far this summer – check! 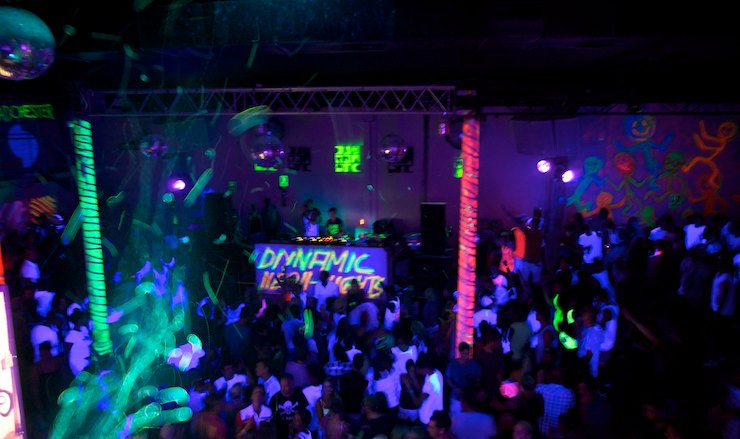 Summer 2012 has seen the likes of David August, Kollektive Trumstrasse, H.O.S.H and Stimming (live) join Solomun on rotation throughout the Tuesday night party in Playa d’en Bossa, with a few other incredibly talented individuals thrown in for good measure along the way, and the result has seen the party grow inextricably in such a short period of time and, as we enter the club for the closing party, it’s no surprise to see both rooms packed and going off. The tempo doesn’t climb above 124, both rooms are pretty similar in style musically and both rooms are getting their groove on, UV lights bounce off the luminous paint that everyone is wearing, paintings on the wall pay homage to iconic times in the club scene evolution and the atmosphere is electric. What more could you want?

We push through the Basement into Spektrum to check it out first where we find David August and H.OS.H. in charge of proceedings and by the looks of things, they have the crowd exactly where they want them. The groove is hypnotic, with chunky, bubbling basslines dropping in and out, each time met with a roar of approval by the packed floor. The far away wall has been decorated in UV paint, “Balearic Beats”, “1989”, “Aceeid 88”, “Madchester” and the Diynamic logo all get a mention and the tribute doesn’t end there, smiley faces adorn the other walls and the atmosphere generated in the room would not have been out of place back in those halcyon days. Such is the quality of the performance that, for a while, we forget about the main room, and join in! It’s not before one of our mates drops by to let us know that Solomun has gone on that we decide to check him out. 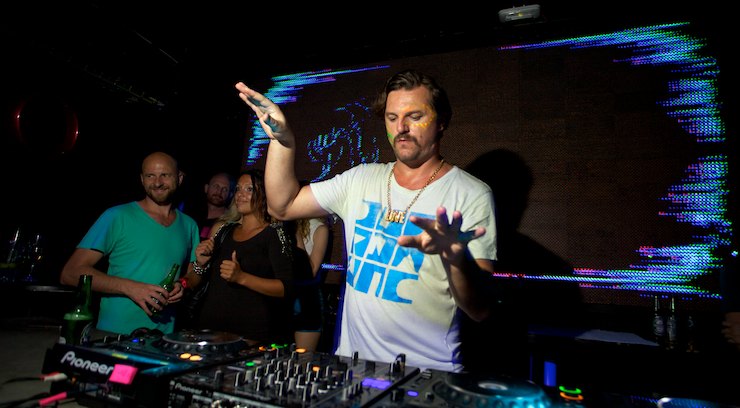 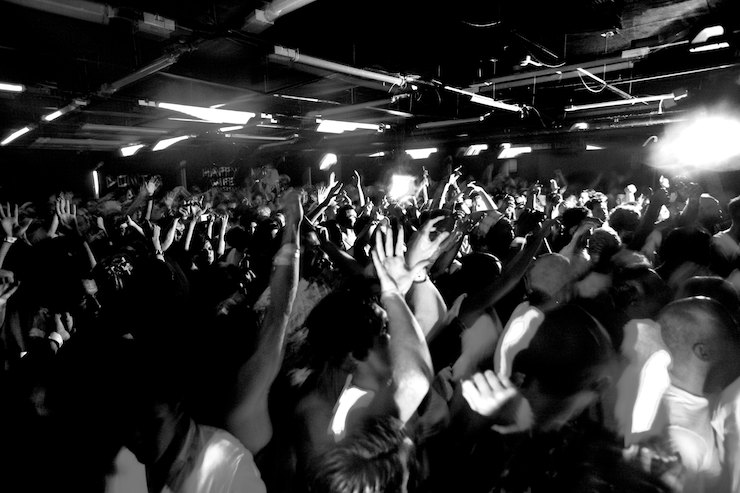 It’s been a great summer for Solomun, as well as establishing his own party, which is no small feat in itself, he has also found the time to deliver headline grabbing performances for Defected at Pacha as well as an impromptu set from the ticket selling both in Bossa, this is a DJ that hasn’t forgotten that you’re allowed to have fun while you entertain people. As we hit the Basement, the beats are chunky, with a sprinkling of melody and the bubbly basslines that he has been instrumental in reintroducing to clubland. Not long after we hit the big room, he takes the tempo right down before dropping Dr Dre’s ‘Next Episode’, at which point the huge crowd goes berserk! He flirts with the track for a bit before bringing the tempo back up and dropping a re-edit of ‘Can I Kick It?’ Short answer. Yes he can! The room is bouncing, perfect time to drop Kackvogel then, his own track almost tears the roof of the place. If anyone has been wondering where the good old fashioned, get drenched in sweat dancing parties have gone, here’s one right here!

The rest of the night is pretty much a blur as the talented German takes us on a Diynamic journey, leaving us danced out and in need of a change of clothes! Neon Nights has been one of the big success stories of this summer and Solomun can lay claim to any best DJ award that might be going, although, I have a feeling just the ability to turn up and play his music to a crowd like tonight’s is award enough. As the sun starts to rise over Bossa it’s time to call it and head home, happy in the knowledge that there does still exist a club where people go to dance.