As the seasonal closings are holding Ibiza in their grip and a distinct end of summer feel begins to creep in – despite the balmy October temperatures – there is always one event that the dance music scene looks forward to no matter how tired and partied out they are. Approaching their two-decade anniversary, the DJ Awards offer industry folk and friends a welcome opportunity to reconnect and reflect on the passing season, celebrating those who have made an impact and improved the universe of electronica with their unique contribution.

Started in 1998 by Jose Pascual and Lenny Krarup, nominees are selected by the industry’s insiders including managers, promoters, venue owners, media moguls, record companies, PRs and of course, DJs themselves. The results, however, are decided by music enthusiast members of the public, who can cast their votes online. 2016 saw the non-profit event grow bigger and better than ever, with no less than 113 nominees across 20 categories featuring big names of the business like David Guetta, Calvin Harris and Carl Cox, as well as exciting fresh talent from all over the globe. 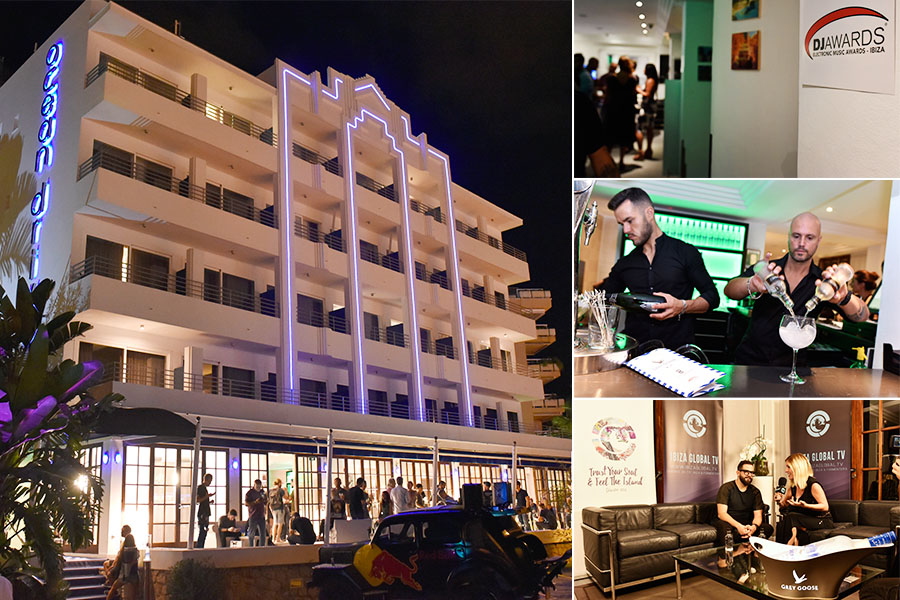 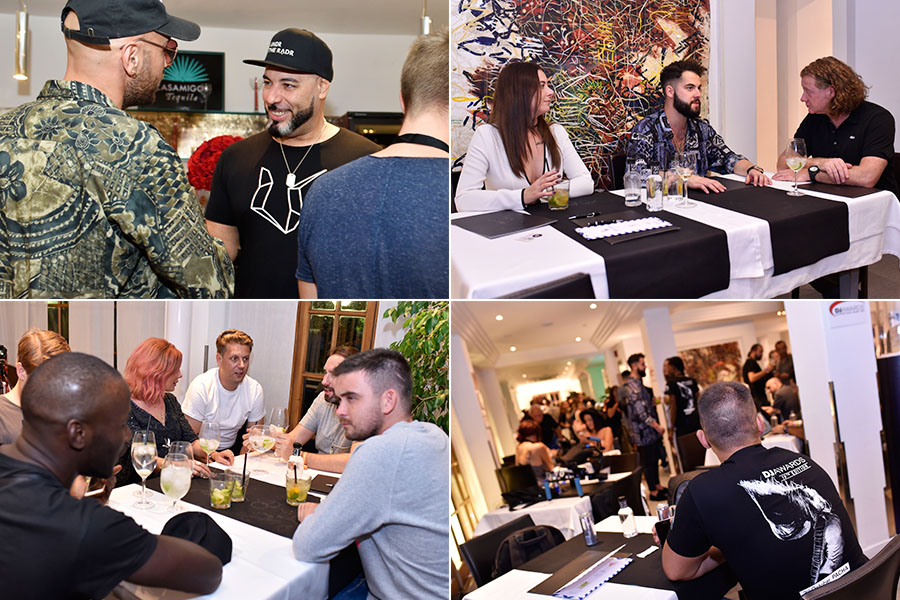 As is tradition, the night began with a reception at DJ-favourite hotel Ocean Drive Ibiza. Conveniently located only a short stroll from Pacha, the venue of the awards ceremony, the slick hotel’s bar was teaming with master spinners like Darius Syrossian, Amine Edge & Dance, Doorly and Matador, who were chatting to the attending music press over bubbles and beer. It was a once-in-a-lifetime chance for the DJ Awards’ Bedroom DJ competition winner Moritz Mello to show off his skills in front of these turntable heroes, as he played a confident set at a pre-party gathering full of the industry’s movers and shakers. 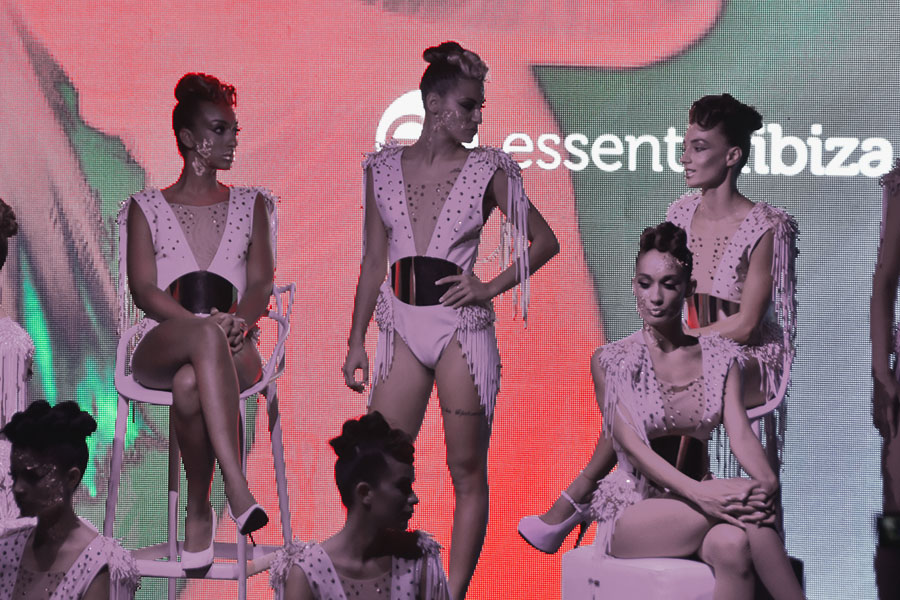 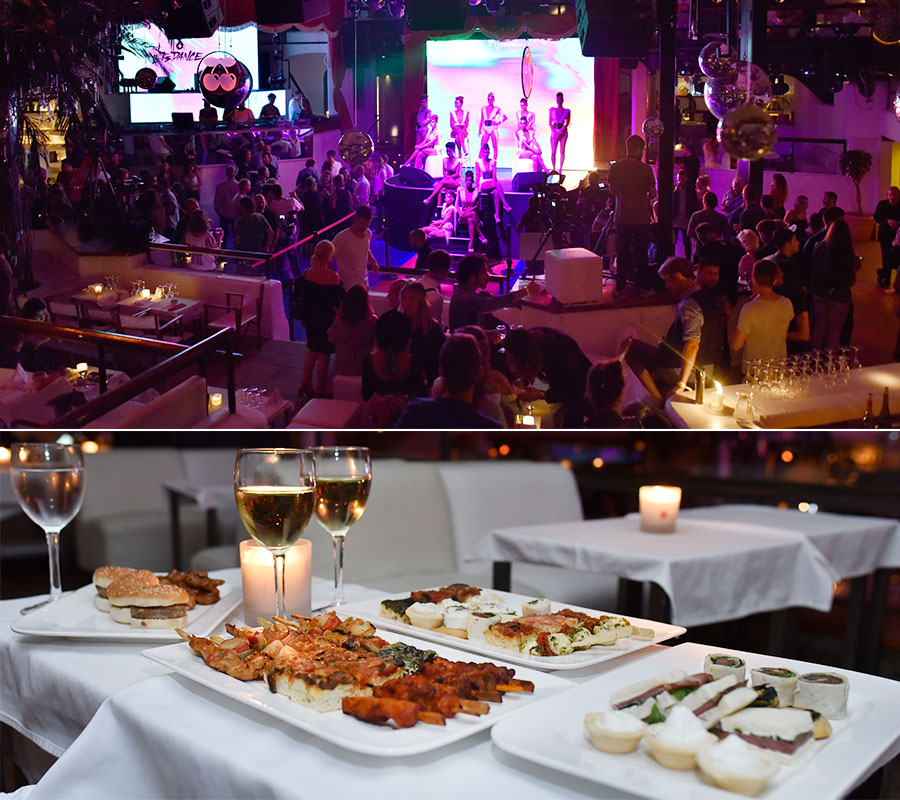 Soon it was time to head over to Pacha for the main event and we could feel the anticipation in the air as we walked past an array of dancers in sexy white costumes sitting pretty on the stage and into the VIP area to enjoy a selection of Mediterranean canapés and sushi before the ceremony began. Presenters Des and Lucy opened the presentation which, this year, was held under the motto ‘Let’s Dance’ – a nod perhaps not only to the well-deserved end of season celebrations, but also as a remedy to some of the losses Ibiza has witnessed this summer, including, of course, the closing of Space, but also Avicii’s retirement. 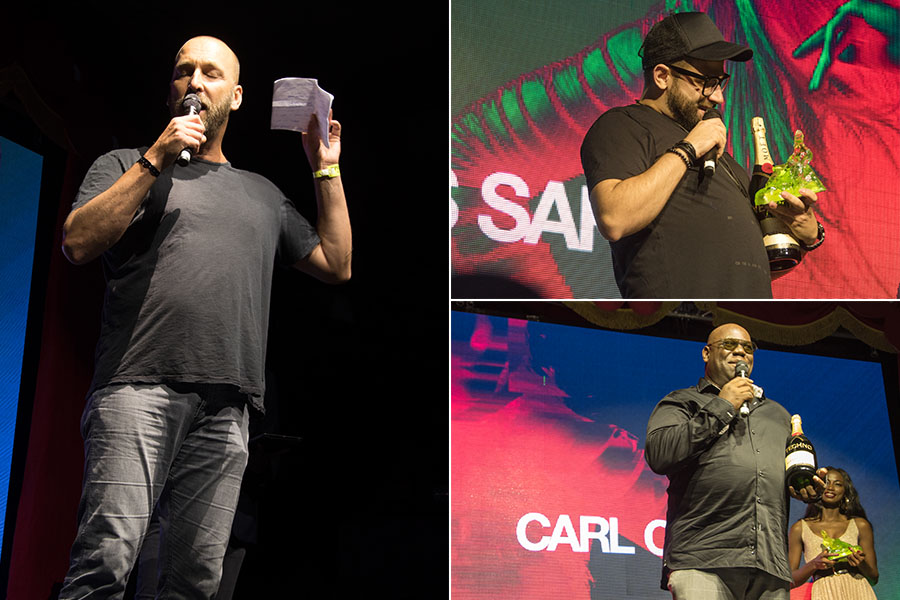 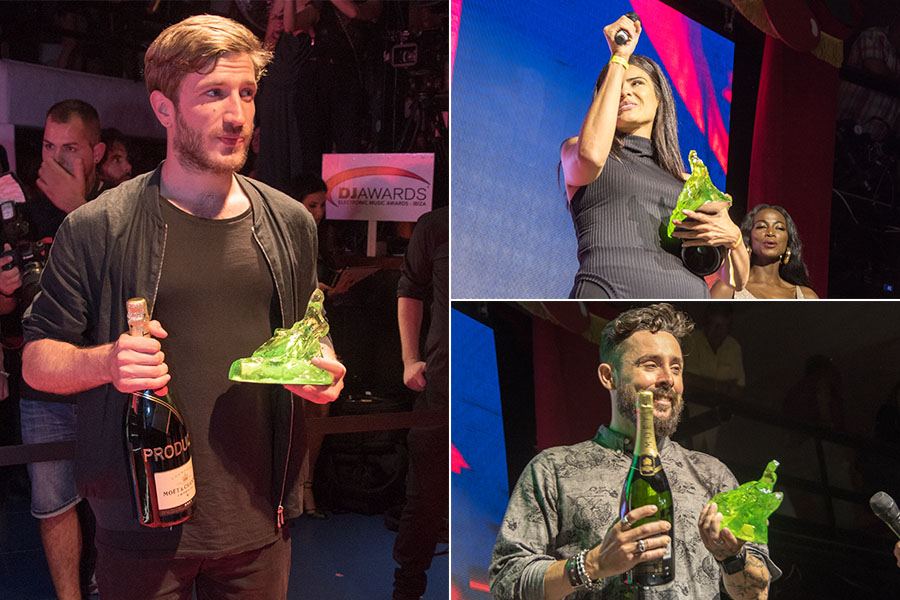 With his incredible musical contribution not only to Ibiza, but the dance music world at large, Carl Cox was the undisputed star of the night, taking home two awards. While we couldn’t quite believe he had made it to the DJ Awards literally hours after the island’s most epic and crazy closing ever, the man himself seemed unfazed when he took to the stage to accept the accolades of Best Techno DJ and Best International DJ. And after receiving the latter, he was promptly drafted in to award the trophy for the Iconic Club accolade to Space Ibiza founder Pepe Rosello in a touching gesture of friendship and respect. 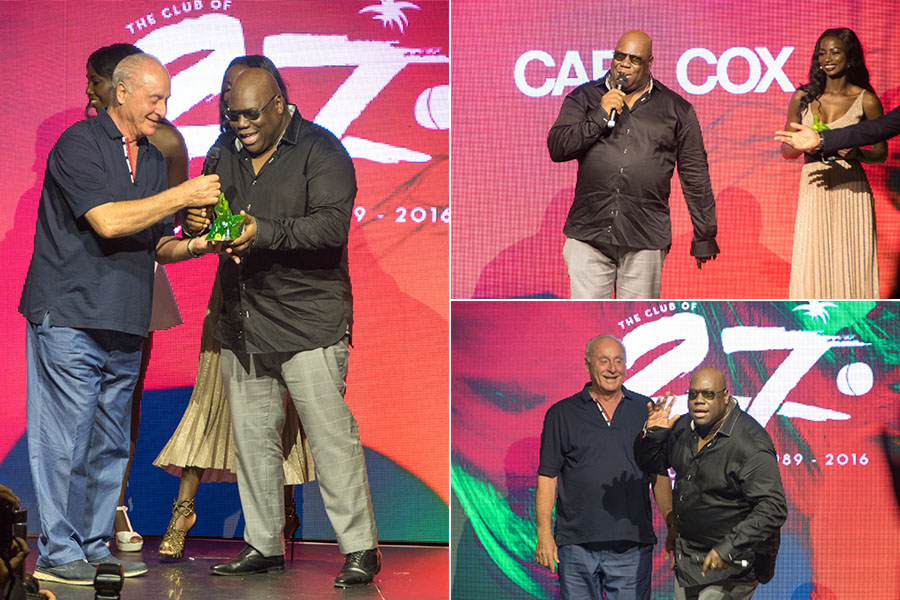 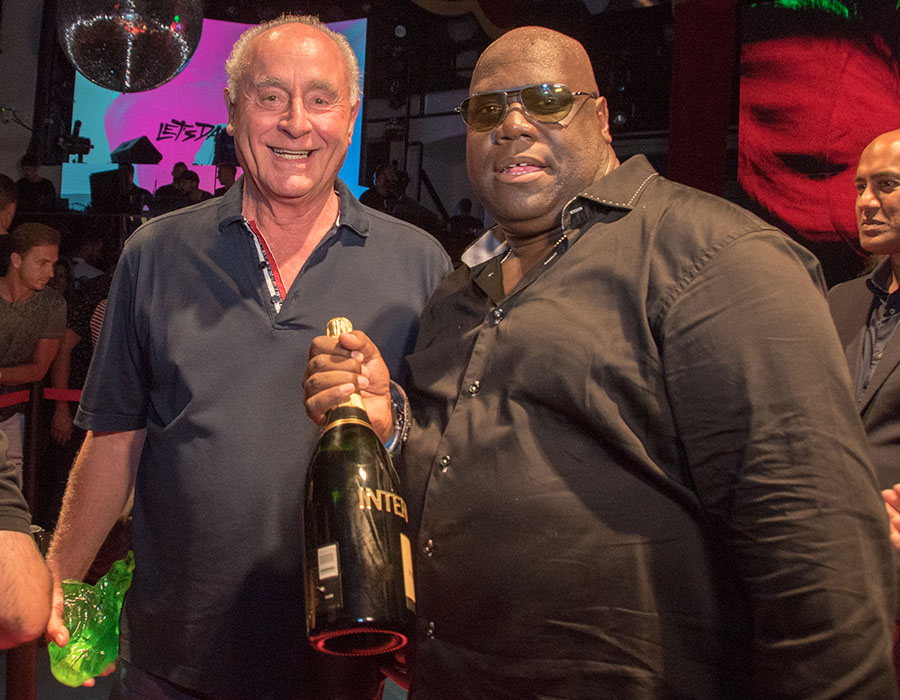 Dutch DJ sensation Hardwell took home the award for Best Big Room House, a nod to his phenomenal DNA residency at Ushuaia Ibiza, which has kept the outdoor club jam-packed – and punters happy – all summer. Maceo Plex was rewarded for his stellar debut season with his Mosaic concept at Pacha in the Best Ibiza Music Event category, while the party that had the whole island talking this summer, Woomoon, scored Best Ibiza Night. 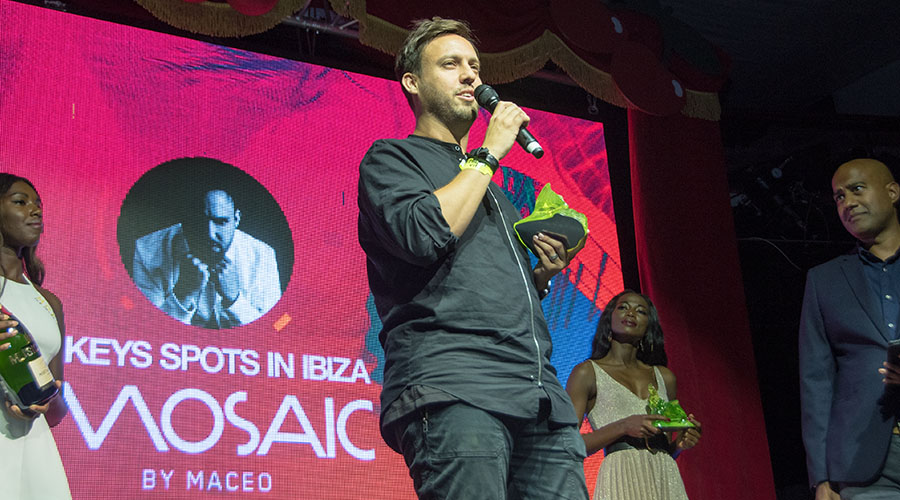 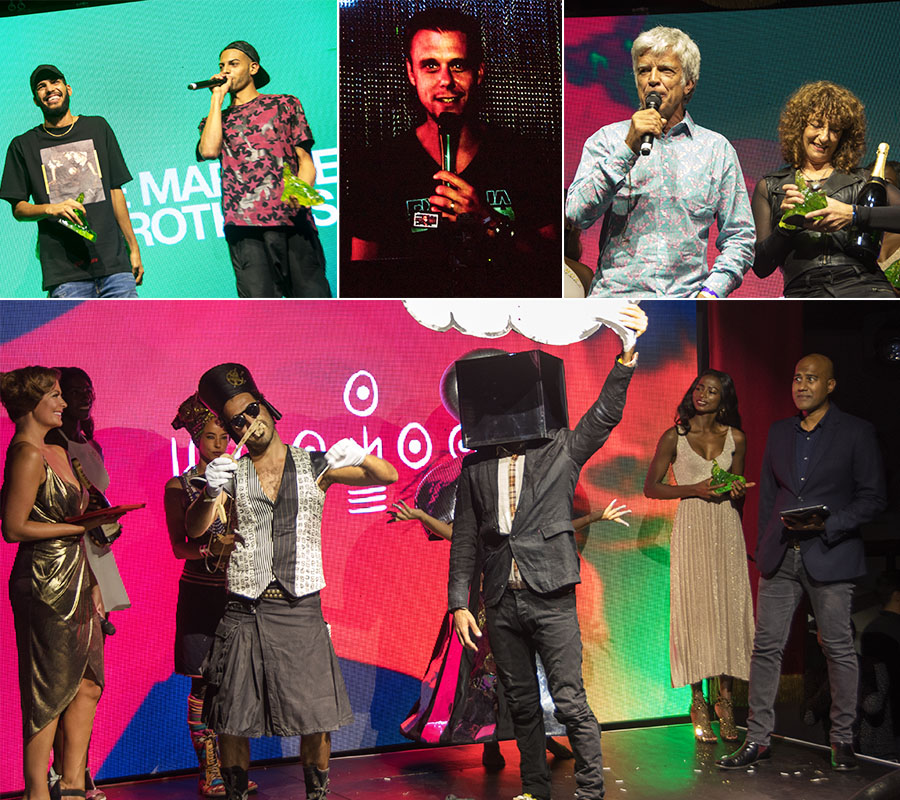 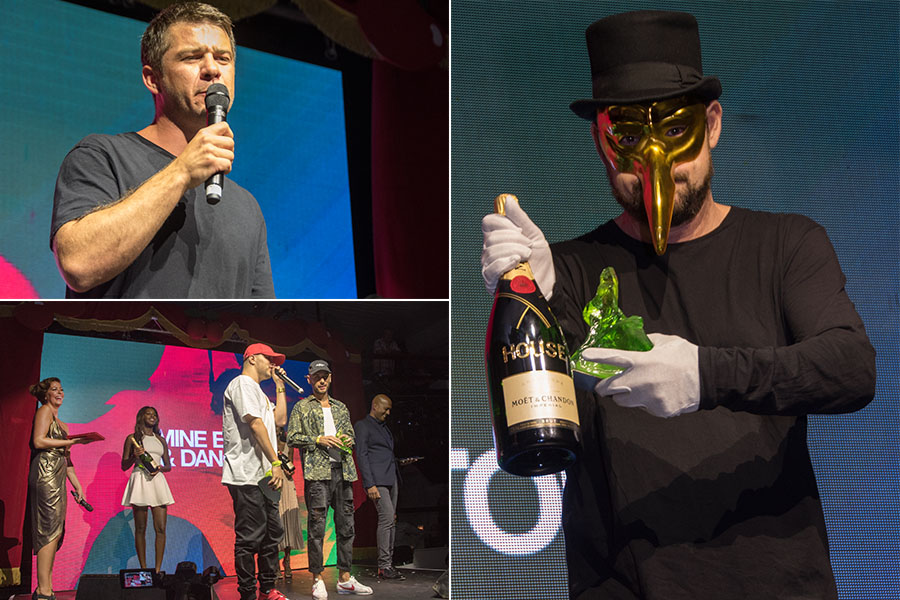 Key awards including Best House DJ, Best Bass DJ, Best Deep House DJ and Best Newcomer went to Claptone, Amine Edge & Dance, Black Coffee and Nihalis Safras respectively. With all prizes given out, and the promise of an exclusive DJ set by Claptone at the after party, there was only one thing left to do: hit the dance floor. With infectious beats from the finest DJ talent fuelling the night, revelers danced until the early hours underneath the twin cherries, celebrating the season past and already excited about the year ahead.

Label of The Year – Suara Music