Ibiza has a history of bringing people together, of facilitating collaborations and of reminding people of the true spirit behind the movement that would become the dance music scene. The spirit of togetherness, of people gathering wherever they could and enjoying music, partying in the truest sense. These days, as VIP clients claim more and more space from the dancefloor, it is perhaps more important to remember this spirit and on Thursday night in Playa d’en Bossa, two of the biggest DJs and parties in the world showed why Ibiza is the unique clubbing destination that we love so much. Luciano and Richie Hawtin combined their Cadenza and Enter parties to deliver a party that ran from 5pm until 7am across two clubs, with a multitude of talented DJs, giving Ibiza clubbers an experience that will live with them forever! 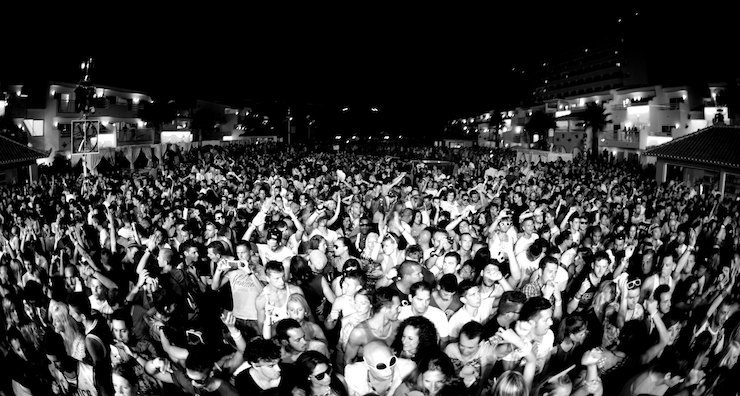 A bright pink/ black tunnel was erected between the two clubs, although the main road through Playa d’en Bossa did get in the way somewhat, even in Spain, where health and safety is not always at the forefront, they couldn’t get away with running it straight across the road. How good would that have been, dance music stops the traffic! This is a collaboration that has the juices flowing, two parties featuring some of the finest electronic heads on the planet getting together for a one-off extravaganza. The colour and theatre of cadenza and the stylish simplicity of Enter, the open air of Ushuaia and the multi-room magic of Space, ‘Only in Ibiza’ is a term we use around essential HQ every now and then and never has it been more relevant. 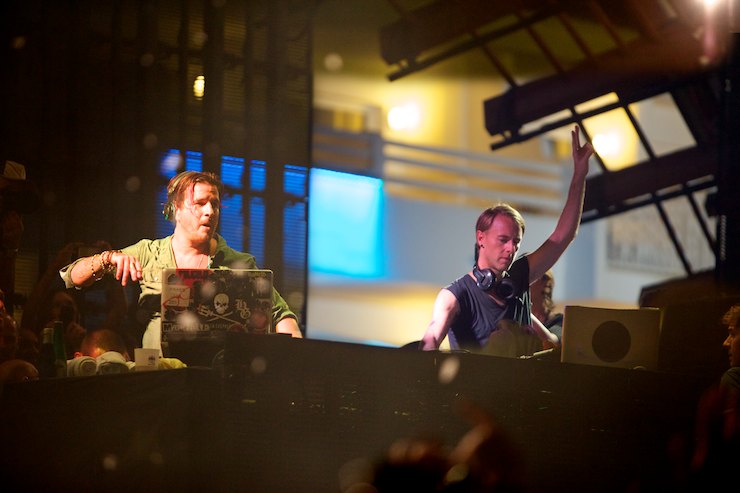 Enter has enjoyed an amazing debut season in Space, bringing a unique atmosphere, not to mention Sake bar, to the old venue and showcasing some of the finest exponents of electronic music. Richie Hawtin is arguably the most innovative DJ/ producer on the circuit right now, he constantly surprises his army of loyal fans, adding to their enjoyment and building the level of trust they have in him. This summer saw an interactive experience in the sunset terrace, where, after downloading the smudge app, clubbers could basically control the room from inside cylindrical string curtains! Who could forget Enter.Salinas, where the entire crew took to the water to promote the forthcoming Enter party, using black inflatable rings, representing the iconic Enter dot, to hold the speakers and I-pad, from which Richie delivered his set! 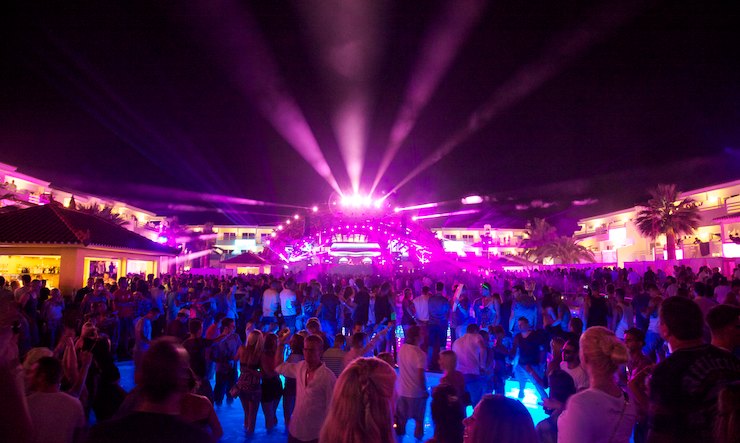 Across the road, the collaboration between Cadenza and Ushuaia continues to flourish; something that started a few hundred metres down the beach a few years ago has evolved into one of the finest experiences on the island. Ushuaia has gone from a beach bar to a stunning hotel and outdoor venue and Cadenza has built up an even bigger following during the process, bringing its colourful take on clubbing to a massive audience on a weekly basis throughout the season. Luciano has an ability to flirt with the more commercial while maintaining his underground credibility, meaning he can switch effortlessly from a headlining role in front of several thousand to rocking a smaller venue filled with discerning clubbers. The collaboration between himself and Richie Hawtin, not to mention the talented supporting cast, is one that has monopolised conversations all over the island in the lead up to tonight. On both line-up’s, Luciano and Hawtin were up against a mystery protagonist from the other party, I wonder who it could be?

First up is Ushuaia and possibly the finest pre-club venue on the planet. The outdoor stage and the fact that the party runs from daytime into night offers the perfect place to catch some of the world’s finest DJs and really set yourself up for an all night clubbing session. Gaiser and Ernest Ferreyra b2b with Barem all play their part but if truth be told it’s all about the face off, Luciano vs Richie Hawton, and the roar that goes up when the duo take to the stage confirms it. The massive screens in front and behind the new look booth leave no one in any confusion as to who is now playing as the duo tear through some amazing club nuggets, keeping the huge crowd on its toes. 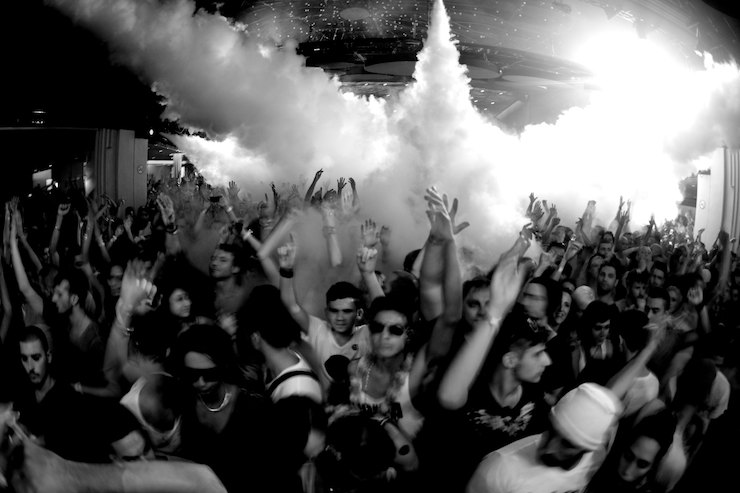 When the last tune finally fades out and the roars die down it’s out through the pink tunnel across the road and into the black tunnel before entering Space for part two of the colossal collaboration. The discoteca is where the face off continues but Enter still has Kehakuma, Air and Sake operating with a cast that includes the likes of Magda, Valentino Kanzyani, Reboot (Live), Andrea Oliva, Remo, Matthew Hawtin, Luke Hess (Live), Marc Houle, Troy Pierce &, Magda and Hito. Plenty of options for those who want to explore a change of pace throughout the night. For us, however, it was main room madness for the second instalment of the duel. Heartthrob and Hobo provide wicked warm up sets before the deadly duo go head to head once more. This time, on Hawtin’s turf, the tempo is slightly higher, the beats are slightly deeper but the reaction from the massive crowd is exactly the same! 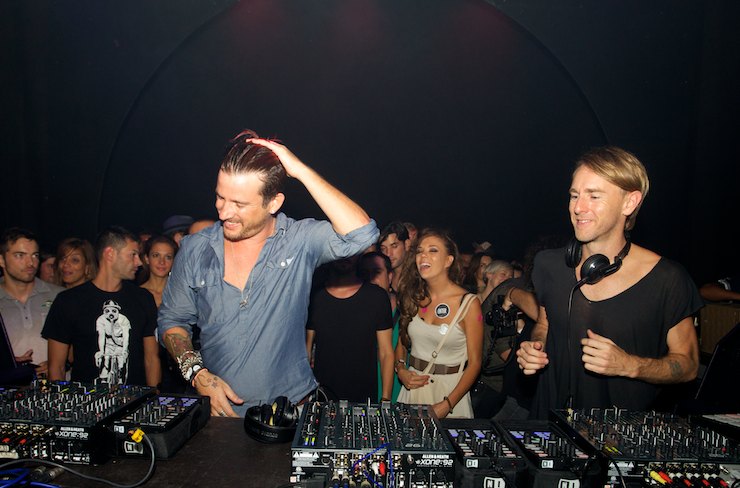 I’m not sure if its because the discoteca has a roof or whether it’s because they have effectively doubled down on the atmosphere, carrying it forward from one club to the next but the main room is charged and going off as we have never seen before. Every time Luciano or Richie Hawtin plays a track it is met with a huge roar, like musical gladiators slugging it out in front of a bloodthirsty mob, egging them on. The experiment, if you could call it that, is a huge success, due mainly to the ability of the two main protagonists and the location of the event. Once again the forward thinking minds in the scene have put their heads together and delivered an Ibiza moment, something that every single person that took part in tonight’s marathon will take with them throughout their clubbing lives as a benchmark to what a party should be. This one might take a bit of living up to. As we finally take our leave as six o’clock looms large, there’s still a queue outside, workers from all over the island that are keen to grab the last few moments of a monumental party. 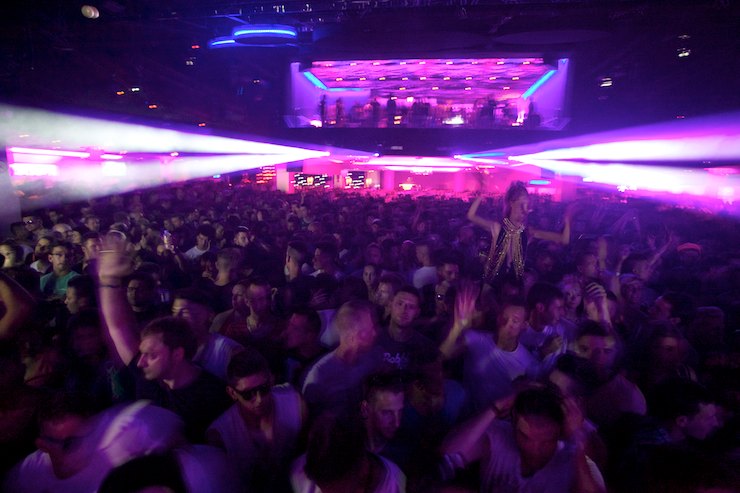