It’s mid-October, so are we grabbing for our cardigans and slippers and stoking up the fire in preparation for autumn? No we’re not. We’re dancing on a beach listening to some banging tunes and celebrating the phenomenal first season of BEACHOUSE, Playa d’en Bossa’s finest new venue. And that’s why we live in Ibiza, thank you very much. Last night the island converged at BEACHOUSE as it said farewell to 2014 in a blaze of musical glory. Andy Baxter and Groove Armada were packaged up, tied up with a bow and presented to us as gifts – the final feather in the cap for the team who have brought some of the biggest and best free parties the island has seen this season. We don’t know what we’ve done to deserve such special treatment, but we like it. 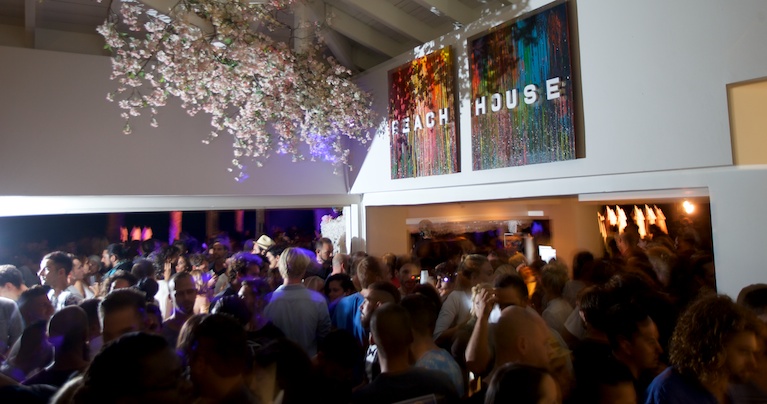 BEACHOUSE only opened its doors in July, and yet it’s already cemented a reputation as one of the must-visit destinations on the island. The chic, sandblasted décor, the faultless food and service, and the stellar DJ line-ups (Richie Hawtin, Sven Vath and Guy Gerber, no less) have meant it’s brought something new to the already jam-packed Playa d’en Bossa scene, and that’s no mean feat. As a result people have flocked there, ready to bask on sun beds, have dinner while listening to the lapping of the waves, or simply just to boogie. So when we arrived last night the place was, as expected, teeming with eager partygoers. And make no mistake; these are no ordinary partygoers. Ibiza’s hottest young things hang out here; so never will you be surrounded by a more strikingly beautiful, effortlessly cool crowd (and Ricky Butcher from Eastenders). In fact, not since the filming of Zoolander have there been so many hotties in one place. We momentarily stop staring at all the beauty to notice the sky has turned a rusty shade of orange, the palm trees are swaying in the wind and there are feel-good vibes emanating from all around us. Great things are going to happen tonight. There’s something in the air, as Phil Collins would say. 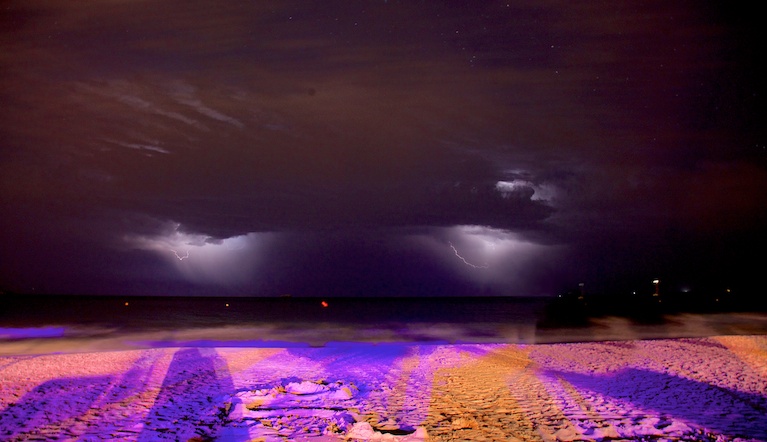 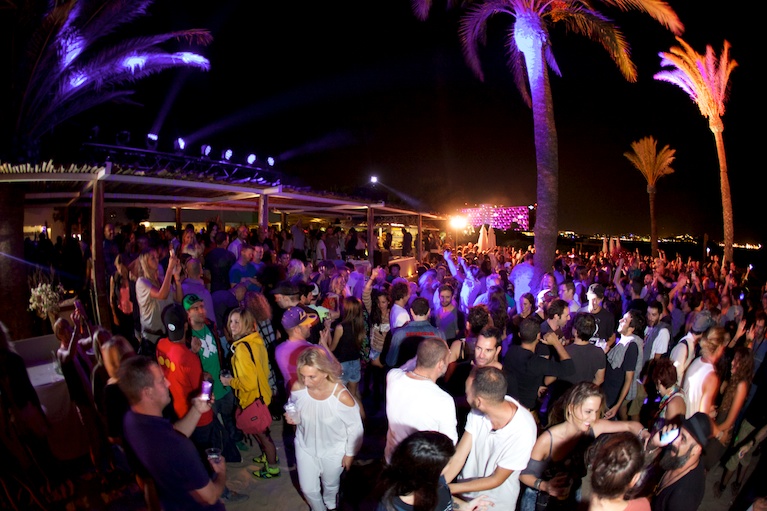 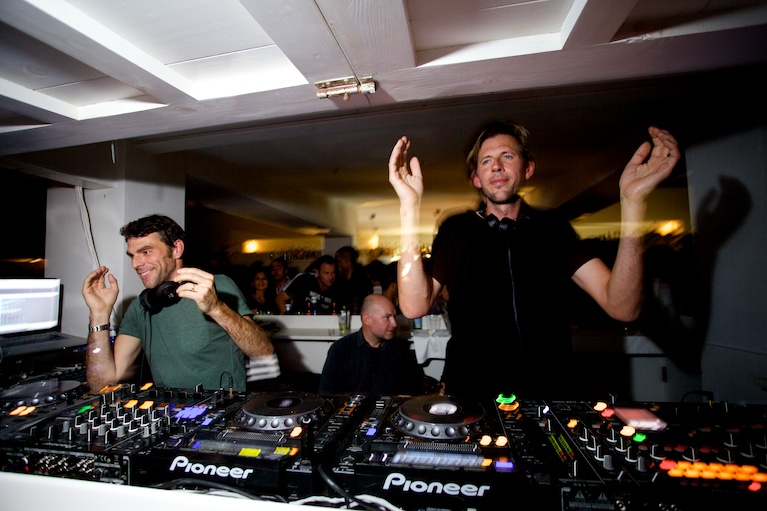 We grab a couple of glasses of wine and head outside to take a pew on one of the plush, inviting loungers. Andy Baxter is treating us some tech house sounds, characterised by some disgustingly dirty basslines and minimal beats and bleeps. Before long we’re up and dancing with the best of them: shoes off, feet in the sand and hair blowing in the breeze. This is exactly what it feels like to star in a music video, we’re absolutely certain of it. As night descends more people pile in and pile out, drawn by the spectacular lightning display that’s erupting on the horizon – at BEACHOUSE they control the weather too. These guys are good. With a storm striking dramatically in the distance, the legendary Groove Armada takes the reins. They hit the ground running, keeping us dancing with reckless abandon for the remainder of the night, eventually punctuating their set with a pounding version of ‘Superstylin’’, which inevitably sends everyone into a frenzy. Partying under the stars, surrounded by friends and with grins etched on our faces, it really doesn’t get better than this. We tip our hats to you, BEACHOUSE. Roll on 2015. 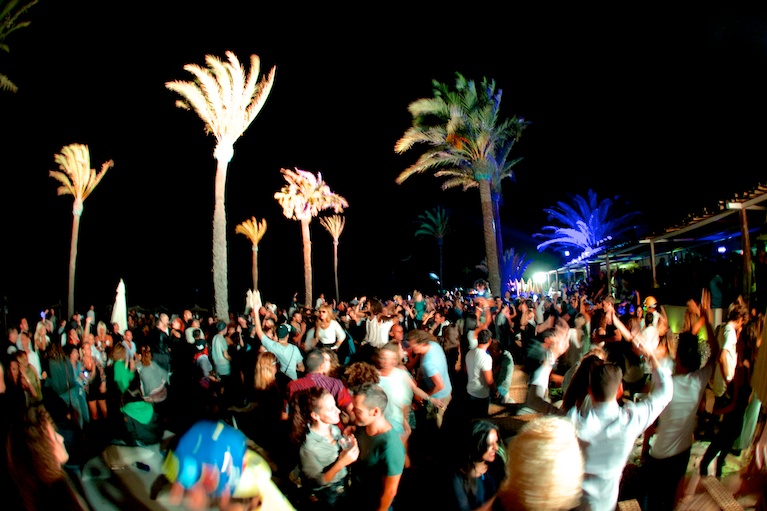 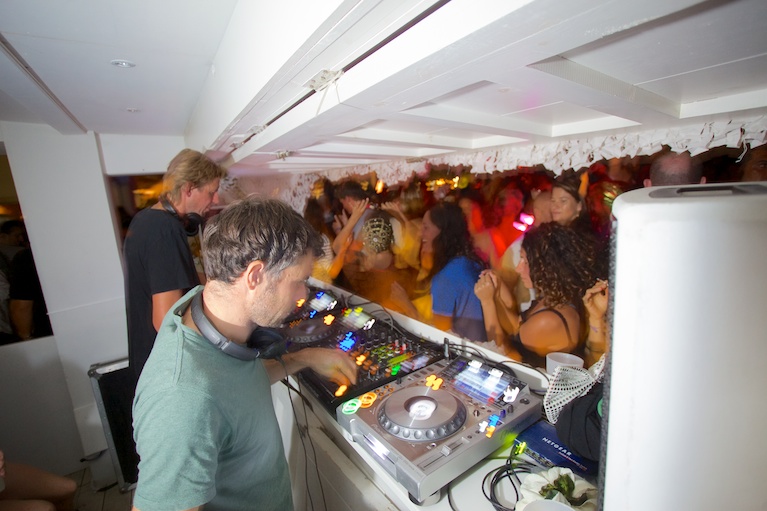 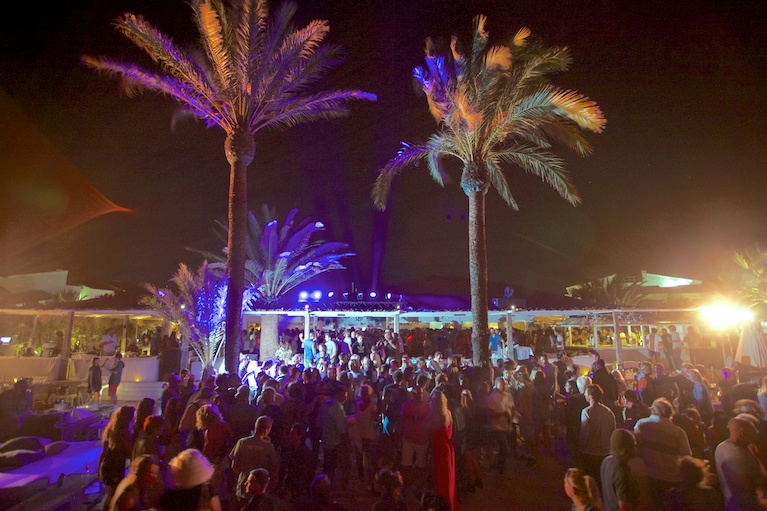