Summer 2011 saw the outdoor party return to prominence on the island
that built the early part of its reputation on them. The unique feeling
of sharing a night with like-minded people listening to the finest music
with the stars for lights is one of the reasons that Ibiza became a
driving force in the development of a dance music scene. June 28 2012
saw Ocean Beach Ibiza open its doors for the first time and it has
captured the imagination of the island ever since. Hed Kandi and Deep
Flight are only a couple of the top club brands that have taken up
residency and with a recent live performance from Sister Sledge, it’s no
surprise that it has captured the attention both on and off the island.

Ocean Beach Ibiza is unsurpassed in its location; stretching along
S’Arenal beach it enjoys breathtaking views over the Mediterranean, not
to mention a prime view of San Antonio’s famous sunset. The 6000 square
metre site has been transformed into an oasis of luxury, all built
around the 600 metre square swimming pool. Luxury day beds, VIP cabanas
and relaxing hammocks in the landscaped gardens are just some of the
options open to you when getting your tan on. Whether you want to be
centre of attention in the pool or keeping cool in the shade, the Ocean
Beach club has you covered. Two fine restaurants, five bars and a sunset
terrace ensure that there are numerous options for eating and drinking
and with an entertainment schedule that incorporates numerous A-List DJs
and clubbing brands, as well as top drawer residents, San Antonio is
really stepping up to the plate this summer. 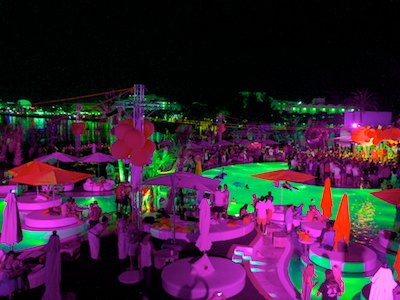 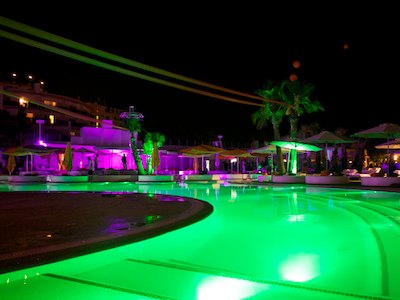 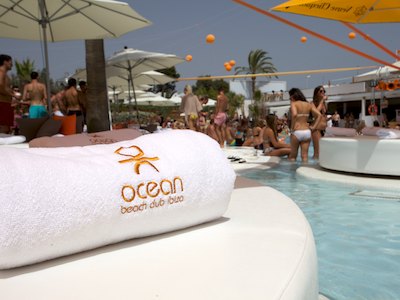 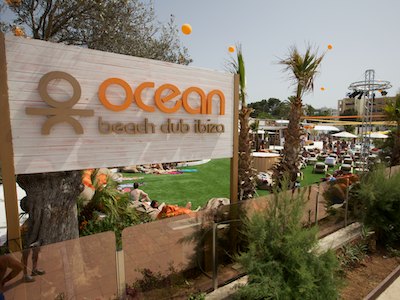 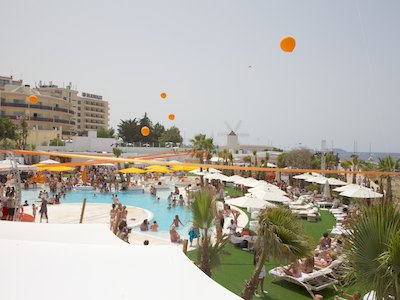 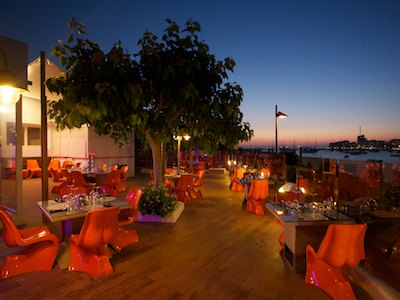