Javier Anadon had a vision, which turned into an idea, which came to
fruition and which has since become an institution. Cafe Mambo is known
the world over for its beautiful Ibiza sunsets and the pre-parties that
it hosts for Pacha Ibiza. It’s a great place to meet friends, enjoy a
cocktail or three and the food menu is extensive. Essential Ibiza caught
up with Javier to get the scoop on Mambo…

What is it about Mambo that has made it the huge success it is and
guaranteed its longevity?

Teamwork, to work together and have great energy – and to be really
positive!

What’s your favourite time of day at Mambo?

Mornings spent at Mambo are great – a good coffee and breakfast to start
the day.

What were your ambitions for Mambo when you launched 16 years ago?

My goal was to open a bar that would be known worldwide – a bar with
great food and always the best music.

Is it a surprise that it has become an important cog in the global dance
music scene?

Success is always a surprise.

Mambo has played host to some of the world’s premier DJs, where did the
idea for the pre-parties come from?

Pre-parties began because we invited DJs and promoters from all over the
world to come to do parties at Mambo to compete with Caf� del Mar –
that’s how it all started.

There have been many hair raising Mambo sunset moments, which one stands
out for you?

Laurent Garnier – when he played a set on the Mambo decks about 5 years
ago – if magic exists, that was it. 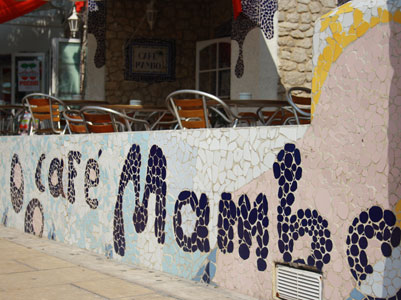 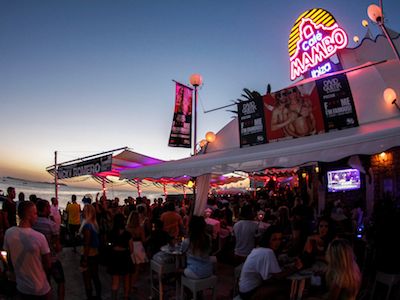